Much of the work thus far has been on parts of the layout that are functional in nature but contribute less to the overall visual impact. That is now changing as I have completed the hidden sections of track and can now start building the visible areas of the layout - making the work much more interesting and at the same time, more demanding.

The main station area has no had all eight tracks laid, wired up, measured, defined in the software, and tested under computer control. 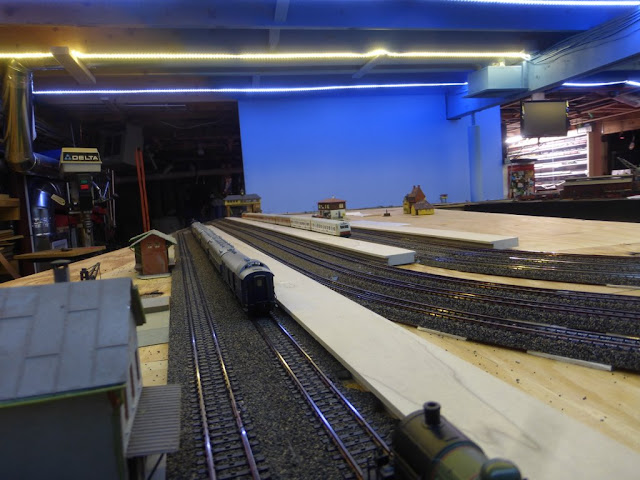 There are three lines in each direction (six in all) plus another two tracks (in the foreground above) that are dead ends. One is a passenger tracks and one is goods track that serves some industries.

Three platforms provide access to 5 of the 8 tracks. The two tracks in the middle without platforms provide for the ability to run long distance passenger and goods trains through. They can of course also stop there if traffic further along prevents a run through. 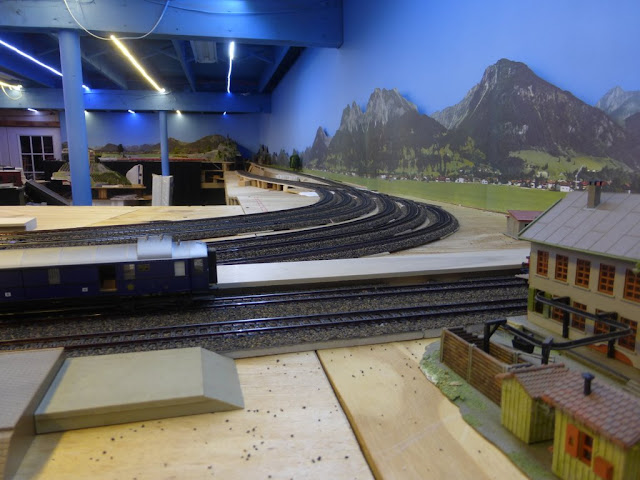 Six of the eight tracks curve out and go south on the mainline and four of them can access the single line track up to Senklerdorf which can be seen in the distance.

Track level view of the exit. 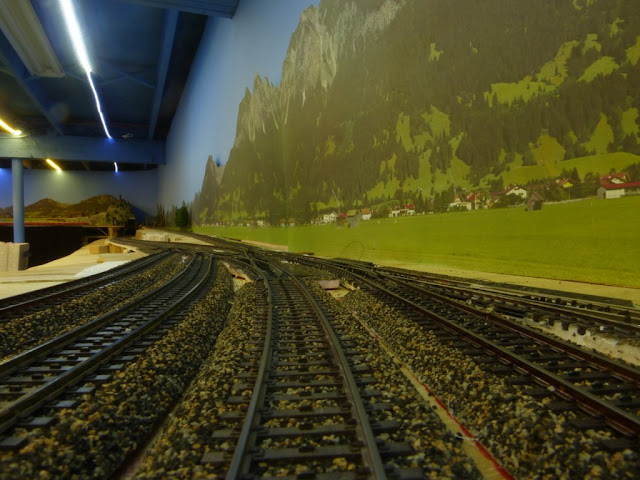 The platforms have been made from maple planks. They will eventually have a printed surface and all the requisite platform furniture and shelters. etc. 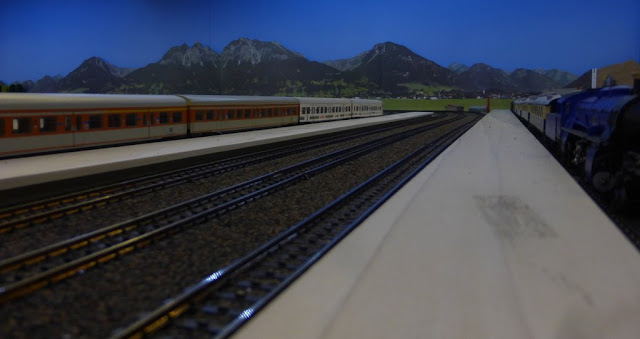 The signal box straddles three of the tracks as they exit the station. 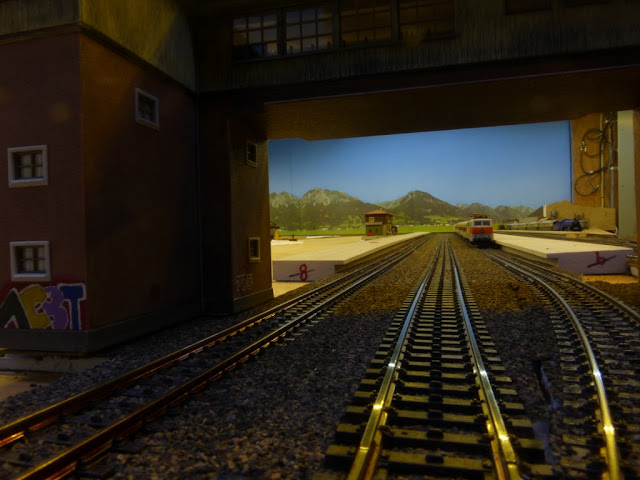 A view from Gleis 3 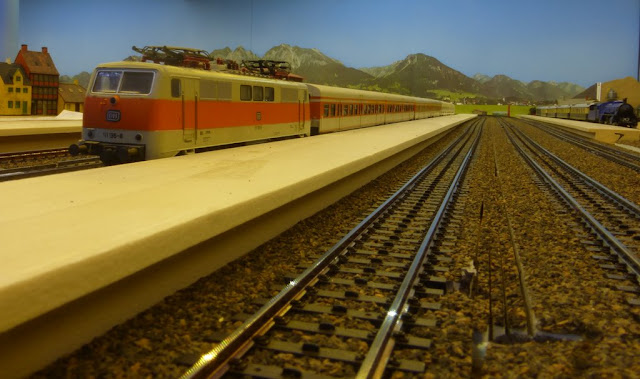 The goods siding showing the passenger platform with the Rheingold preserved train waiting for a museum special run. 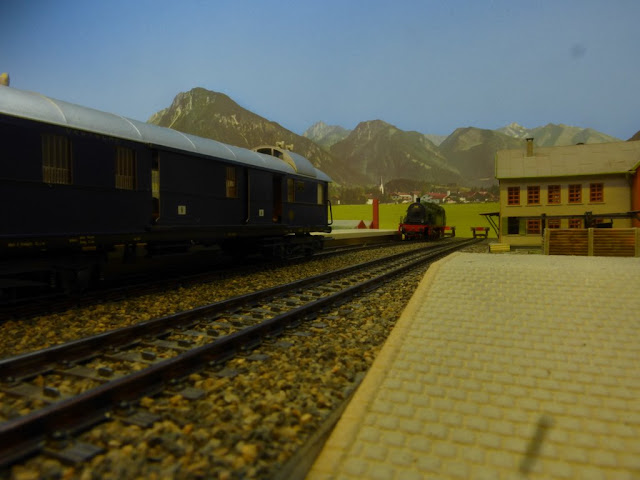 This shows the location of the main station over the S-Bahn station. 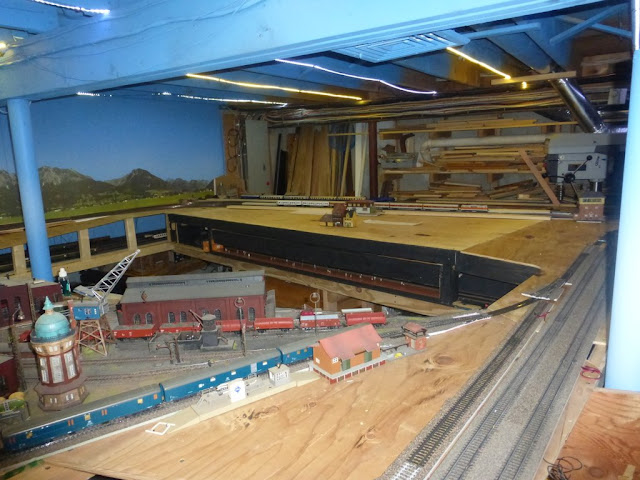 here is some YouTube video of the tracks being tested: