A large proportion of the effort to create interior details for the roundhouse was the preparation of the interior walls.

This page shows how I made them and I also provide links to the files so that you may use them for your own personal purposes. 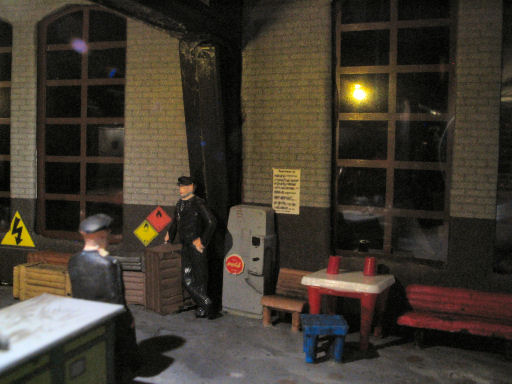 The insides of the original kit walls were bare plastic with various ridges and lumps of plastic from the manufacturing.

I scanned the back and side walls to use as a base for a graphic to be used internally. I wanted to create a sooty painted wall effect and my daughter showed me how to apply a gradient fill to make it darker near the roof. We found a brick pattern and scaled it to match the brick size of the outside walls.

I produced 3 graphics for the 3 back walls and one to be used on the two side walls.

The graphics were printed out onto plain paper and then sealed with a fixative.

The interior walls were made from cardboard from some old Priority Mail shipping boxes. I used the plastic out walls as stencils to mark the location of the windows which I then cut out with a work knife. 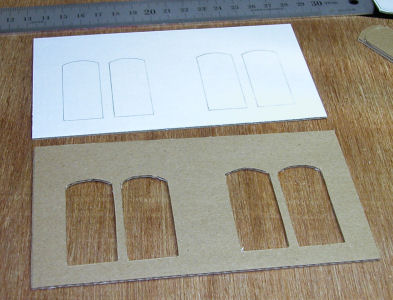 The paper walls were also marked and cut as can be seen below. 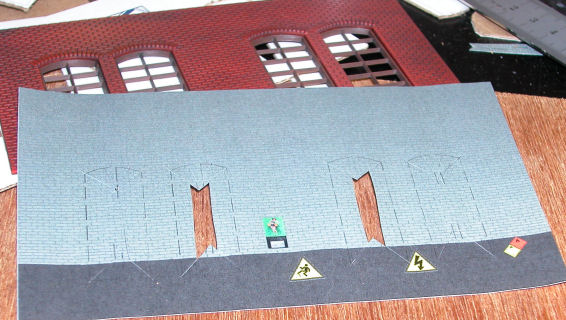 The paper was then glued to the cardboard using 3M Super 77 spray adhesive. The inner parts of the window areas were then pushed through the cardboard and folded over onto the back of the card. 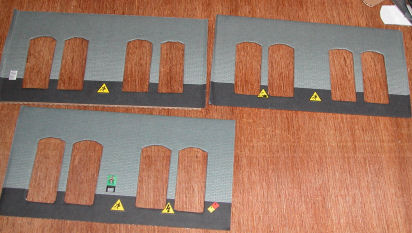 For the side walls, I cut 4mm wood strips from 4mm plywood to be used as brick pillars.

The paper had to be folded around the wood strips to produce a 3D shape.. 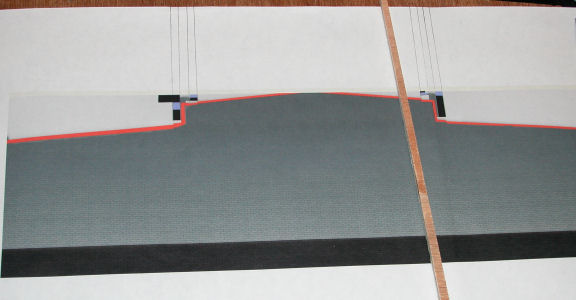 By gluing the folded paper onto another sheet of paper, I was able to keep the folds in place around the wooden strips. 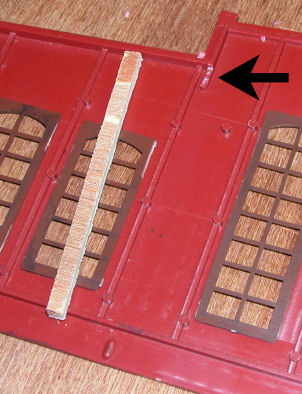 Windows marked as with the back walls 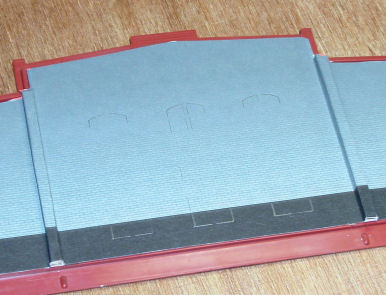 Each side wall also got two lights - one on each pillar. Surface mount LEDs were mounted and wired in. The pillar is about 4mm wide. 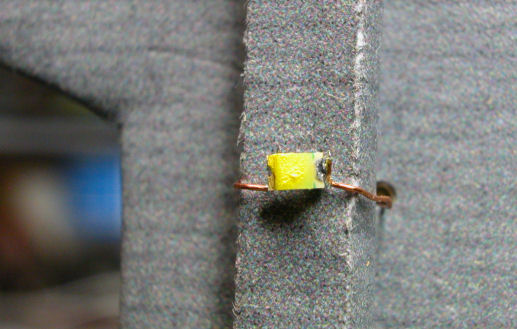 The wires for the lights were taped onto the back of the card and this image shows how the window paper was pushed through and folded out. 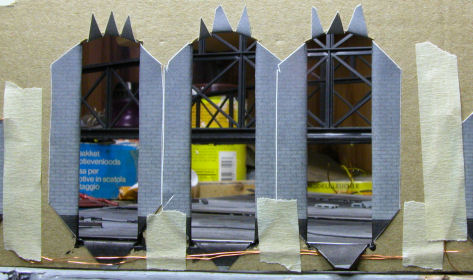 Once the window glass had been glued to the outer wall, the inner wall assembly was then glued onto the out wall using contact adhesive.
Here the wall is being held down with some weights and the lights are being tested. 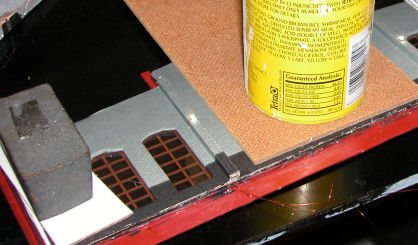