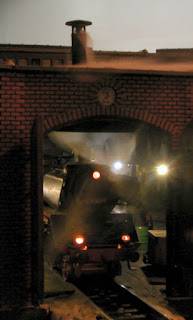 Loco sheds have large funnels above the tracks to help direct smoke out the chimneys. Since I was creating interior details of my roundhouse I have made smoke catchers. I need two per track. This allows a steamer to be parked head first or tender first, or even two small locos on one track.

I made mine out of a thin card and used a 6mm drinking straw cut to 30mm lengths for the new chimney. This allows the catchers to be positioned 60mm above the rails. The chimney caps from the Märklin 7288 roundhouse kit can be made to fit in the top of the drinking straw. 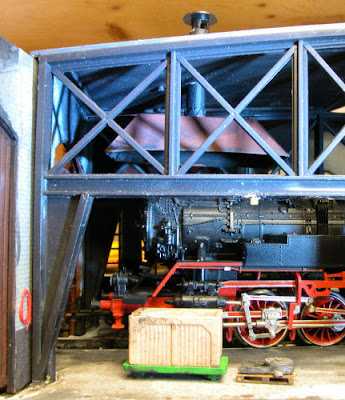 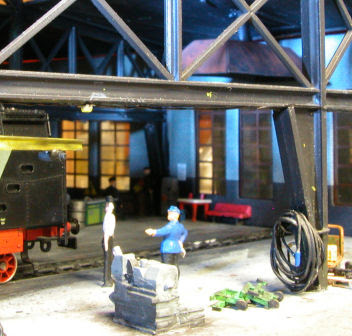 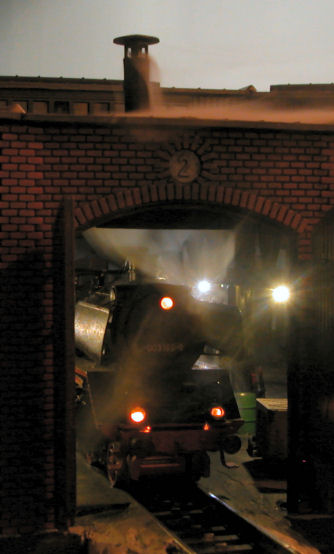 They work best when the smoke stack of the loco is directly below the chimney so that the puff from the smoke generator is strong enough to push it up the chimney. The smoke itself is not hot and thus does not rise of its own accord.