When I was in my local hobby store I noticed a tiny kit from Walthers Cornerstone series for an EMD "567" prime mover Diesel engine, and I thought it would look nice in one of my loco sheds.

I painted and weathered all the parts before their final assembly, opting to make it look like an engine about to be refurbished rather than a new one waiting to be installed. 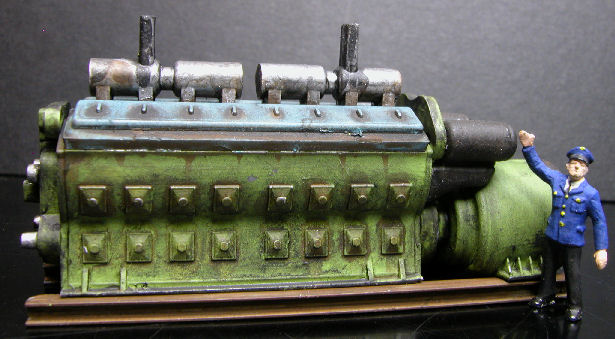 The kits comprises a single sprue of gray plastic (made in Denmark - Heljan ?) and a small sheet of paper showing how the parts fit together. 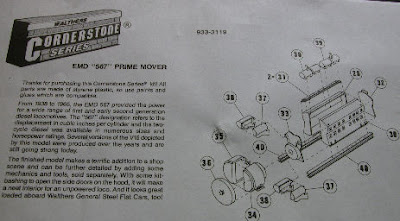 There are some other parts on the sprue that suggests that this sprue may also be supplied in some other bigger kit since the additional parts do not belong on the engine at all.

Assembly was not difficult even though most parts have to be glued in position without any exact positioning recesses etc. There were some small studs on the two halves of the air intakes but I had to cut one off so that the two halves could be more accurately aligned !

The engine sits on two steel I-beams which needed a fair amount of scraping to make the flat sides flat and not rounded.

The mountings on the round dynamo? do not end up in the same plane where they are meant to rest on the I-Beams. There is also a slight difference in height off the I-beams between the engine and the dynamo so I ensured that the shaft connecting them looked straight when they were glued onto the I-beams.

The spacing of the I-Beams is critical. The dynamo mounting brackets are  wider apart than the engine so great care needs to be taken to ensure that the engine can rest on the beams and at the same time not have the beams too close together...

Without careful painting and assembly, this kit would not look very nice.

Here it is in my loco shed: 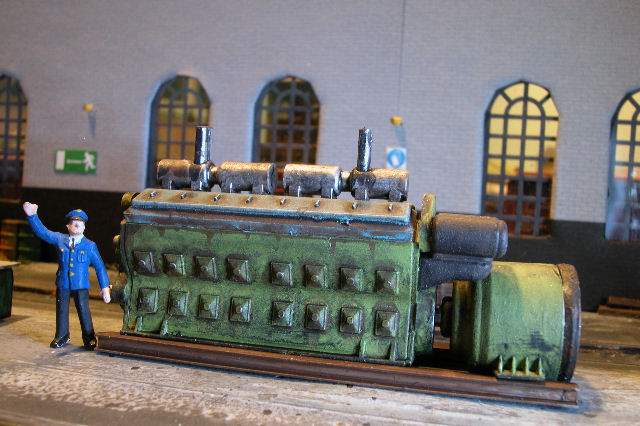