As my track laying efforts approach the S-Bahn station area I decided that I need to see how it will all be laid out.

This shows the old S-Bahn platforms and backdrop positioned where the S-Bahn station will be. It has two tracks which both connect to the mainline at the back of this image. 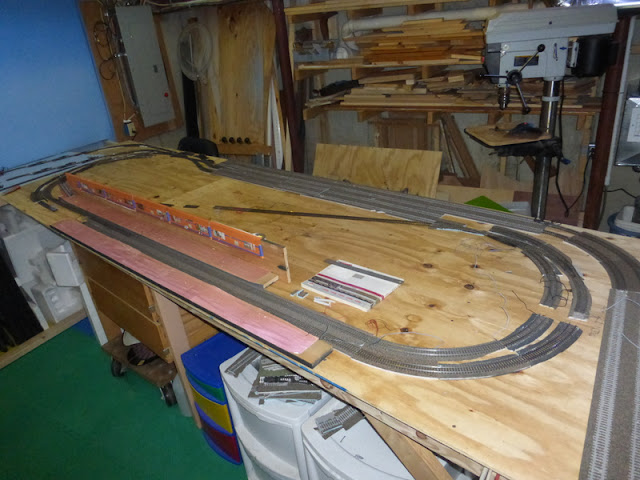 In the photograph below, the mainline is in the foreground with the connection to the S-Bahn loops at the extreme right. This will allow for a long temporary stopping area for mainline trains without blocking S-Bahn traffic to and from the hidden station visible on the blue area in the background. 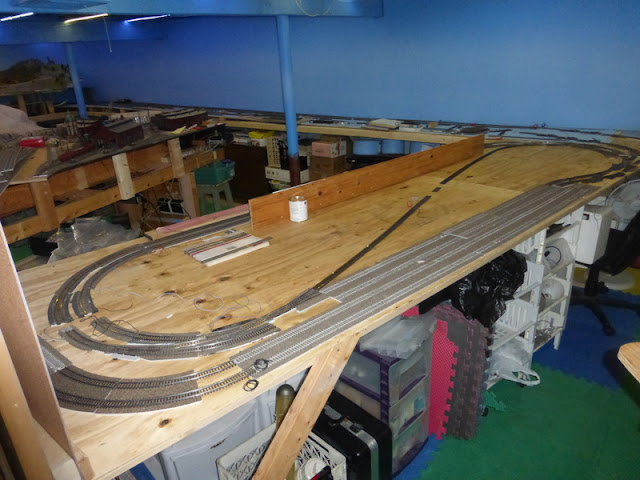 Curved turnouts will allow trains exiting the S-Bahn station to transition to the inner track and then onto the reversing track that runs across the hidden area behind the station.
Mainline will run off to main part of the room emerging from a tunnel beyond the blue pole in the picture. 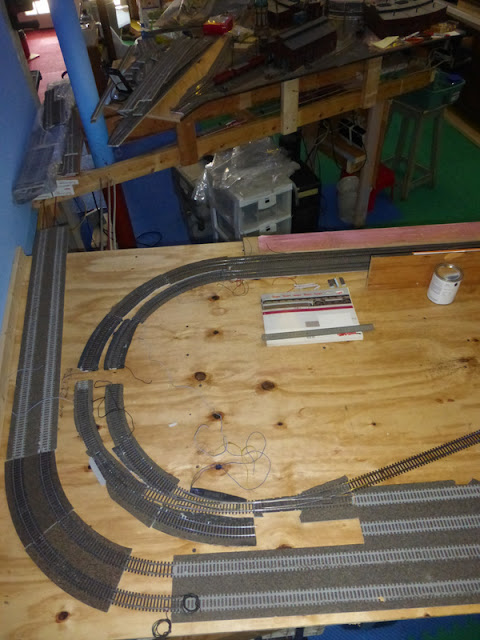 At the other end of the station, curved turnouts are used again to get from the outer track to the reversing track. The turnouts on the blue area are part of the end of the fiddle yard in the hidden storage area (Schattenbahnhof) 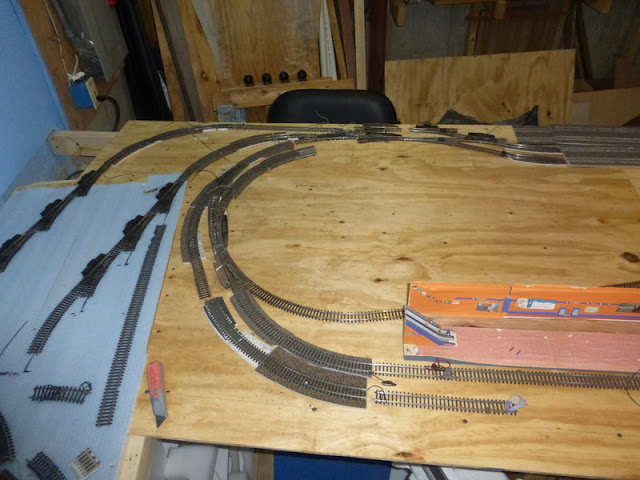 The S-Bahn double track intersects with the mainline double line allowing trains to enter and leave the S-Bahn area simultaneously.

I am happy with the scheme at present but I will need to obtain a few short lengths of track to make up the gaps that are visible.

Images from the old layout give an idea of what the interior of the S-Bahn station will look like. I will need to remake the platforms and backdrop (using the same images) and the new one will be slightly longer.