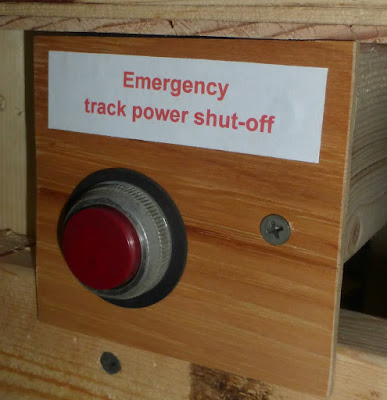 Now that my layout has been built out over a fairly large area, I have decided it would be good to have some emergency stop buttons at strategic points around the layout for those times when one sees an impending disaster and one needs to switch off the track power quickly.

I have had some big industrial buttons similar to the ones I have seen on real German platforms lying about for many years so I decided to wire them up. 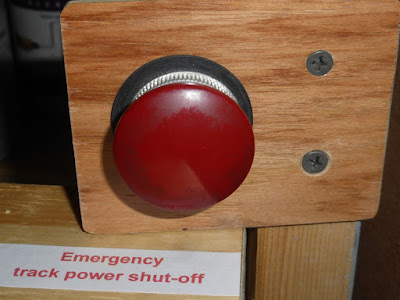 Both buttons simply connect the layout ground to an s88 port. Then in my layout software I just created an event that is triggered by that s88, and told it to shut off power if that s88 goes high...

It also activates a second event that announces that one of the emergency buttons has been pressed so that there is an audio feedback that the button worked.