In the 1970s I constructed A Faller B-145 kit - a small BP diesel bowser to fill Diesel locomotives. It was not the best of assemblies and I seem to have preferred putting the roof on top of the roof supports rather than hanging it from it as the instructions suggested.

I decided it was time to weather it and give it a light 40 years later...

I put some rust color on the infrastructure and some black mess on the tanks. 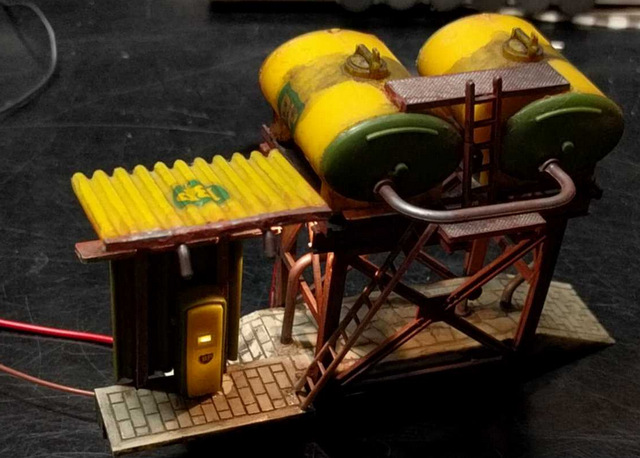 To add lighting I glued one LED to the underside of a beam below the tanks, and inserted a second one into a tiny hole drilled in the bottom of the bowser. 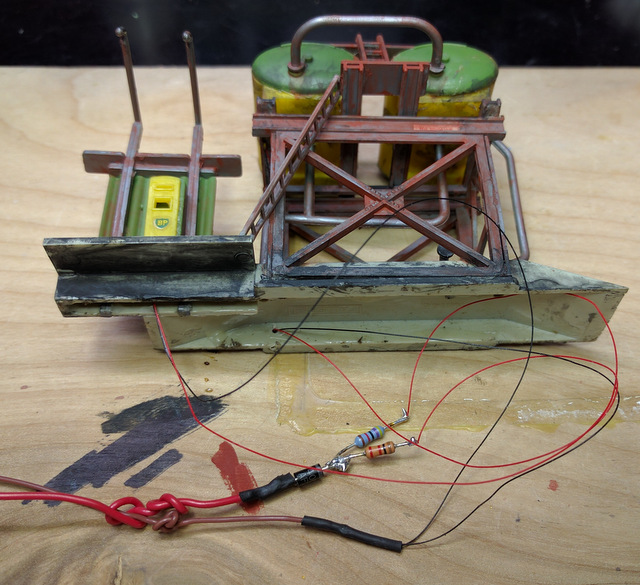 I used a very large resistor 47K Ohms for the LED in the bowser to make a low level light in the pump. 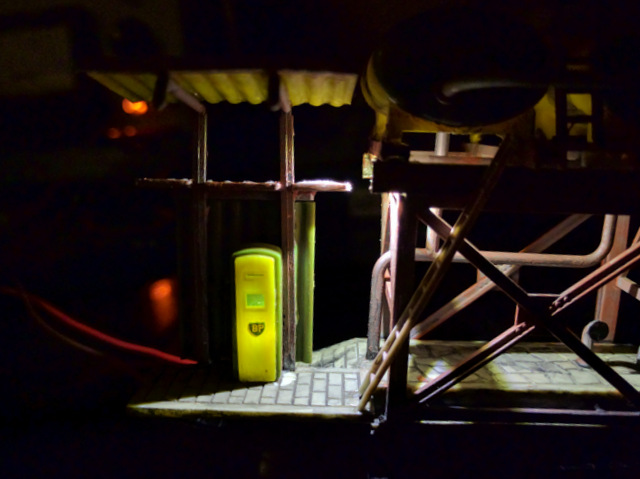 I then installed it next to my Diesel locomotive siding. 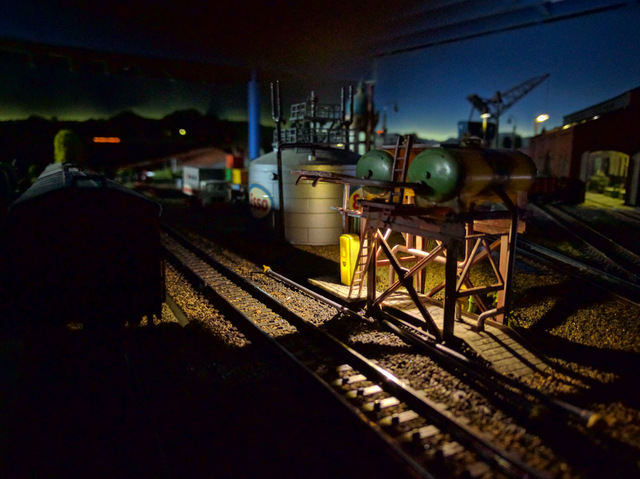 I added some vegetation, barrels and some pipes to the scene. 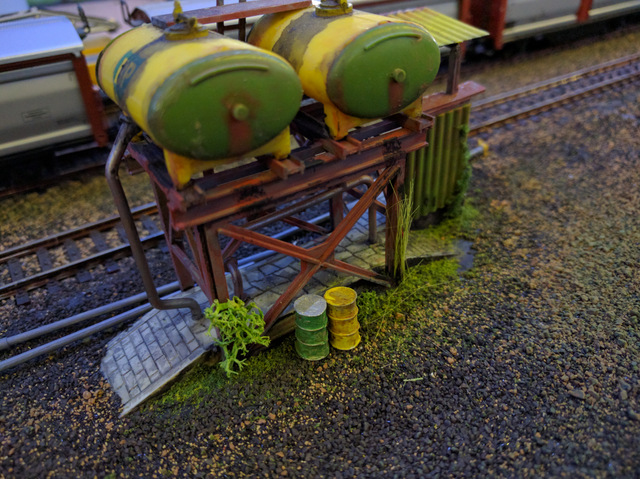