But I was only getting one green light, like this:


The other aspects of the signal all worked fine so I knew it could not be a switching problem, a connection had come loose somewhere.

After checking all the connections at the signal control module, I determined that the problem was not there so it had to be the wires going to the signal or in the signal itself. In order to determine if it was the signal or the wire, I needed to disconnect some of the wires at the signal end. The problem with that was, the signal is mounted directly above 8 tracks of the hidden staging area, leaving no room to work between the parked trains and the plywood above. I therefore had to remove the trains.

Removing all the trains from the staging areas was easier said than done. I have my layout set up so that trains do not stop just anywhere, only passenger trains stop at passenger platforms and trains that are longer than stations have to run though, etc. I would have to manually run the trains out of the hidden staging area. I then realized that if I added a global override to the rules about where trains may stop in my software, I could have the computer do it all for me. What an excuse to add another feature!

I added a new option to allow trains to stop anywhere and tried it out. It worked, kind of. Trains certainly booked tracks for themselves and went on their merry way, but I found that once a train had filled one of the tracks in a station, the next train simply stopped at the turnout going into the same track, thus blocking access to the other tracks. I therefore modified the new function to allow stopping in any places that did not include a turnout. Once I did that, trains flowed about much better.

Thus it was now easy to empty out the hidden station. 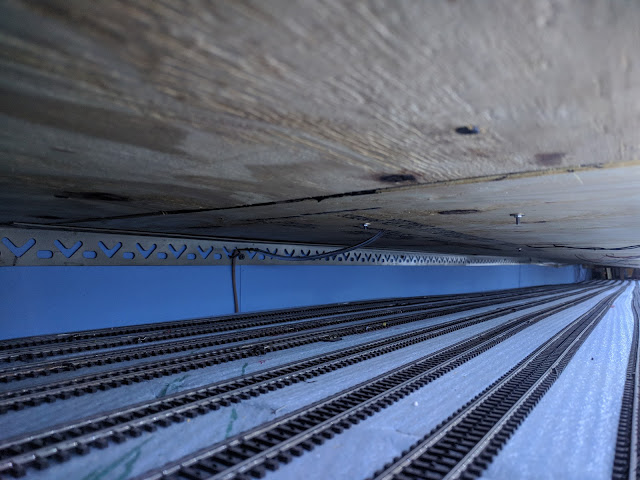 Now back to the signal, I cut the wires that corresponded to the LED that was not working, as well as the one that was working for the Vr1 aspect. 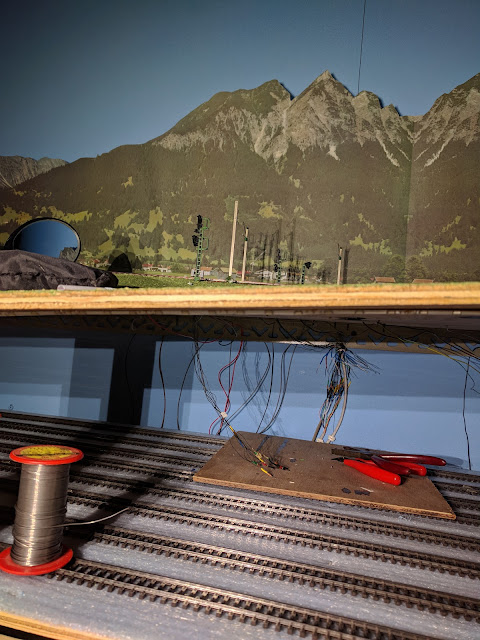 Touching the bad wire to the good wire connection still did not make it light up, so then I could deduce the problem was not in the long wire to the signal location, but in the signal itself. I therefore had to cut all eight wires and remove the signal.

Once I had the signal removed I could take it to the workbench and inspect it. I could not see anything wrong, so I started removing parts until I found one of the tiny black wires was loose. I threaded a new wire into the mast and soldered it back on, and it all worked again. Once installed it worked again as it should. 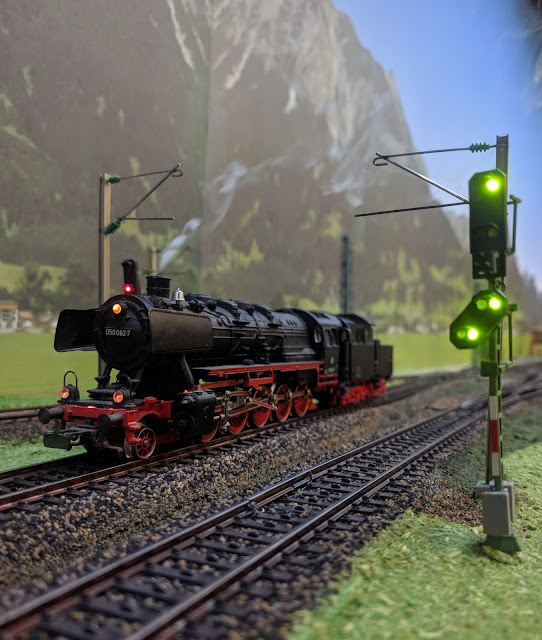