Position of turntable in engine yard

When planning an engine yard with a turntable, it is easy to forget that the whole idea of a turntable in real life is to save space, by turning locomotives in a small area instead of running them through loops and turnouts.

One often sees turntables placed on a layout that tends to waste precious space, specifically one sees the roundhouses placed beyond the turntable like this:

This leaves very little space for the tracks leading up to the turntable, because the roundhouses are using the space between the turntable and the edge of the layout.

If instead, one places the turntable at the far edge and have the roundhouses off to the side, like this:

one is left with a more space for the area used by the ash pits, coal bunkers, water and sand towers, etc.

One can also split the  roundhouses into two separate sheds and have the turntable access track going between them. 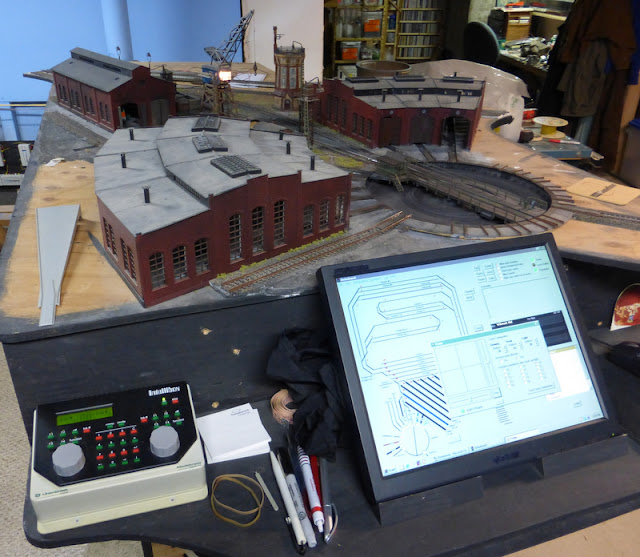 Essentially, if your turntable is not in a corner, you are most likely wasting space. 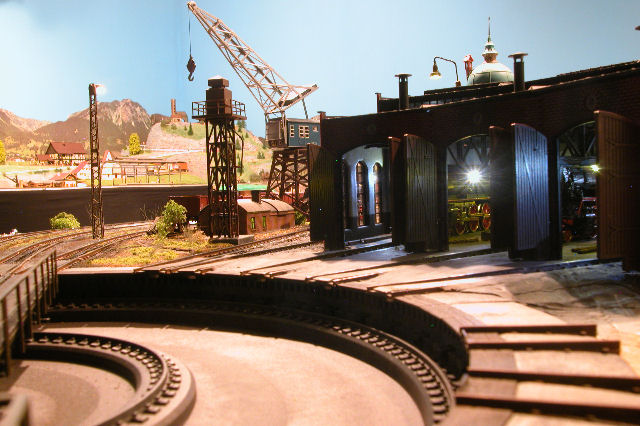 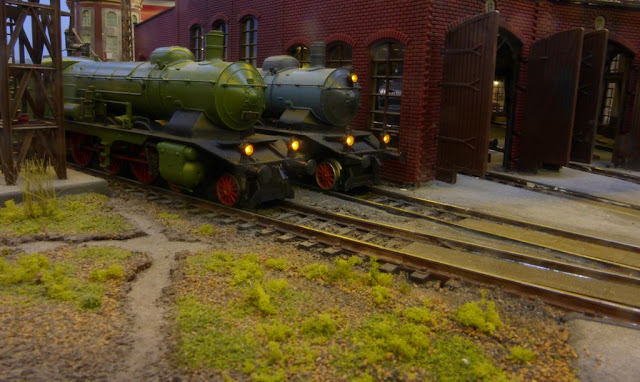 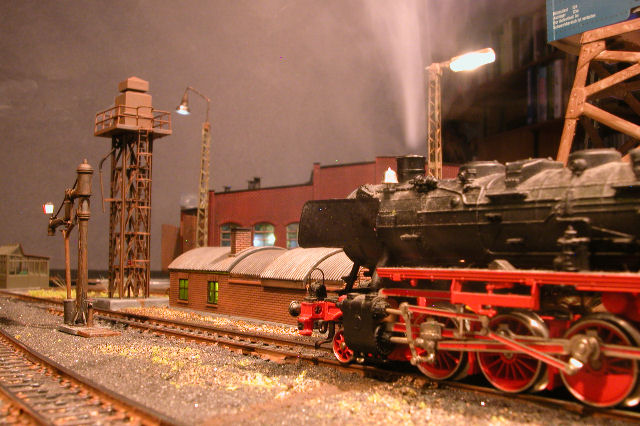