I decided to place some signals inside the underground S-Bahn tunnel so that they can be seen from the station, but did not want to spend the money buying a ready made signal that would not be seen much. I only expect to see the signal light within the blackness of the dark tunnel. I decided to use some small LEDs and drive them with a stationary decoder. (An old loco decoder).

First I made another stationary decoder module. I chose to select the light outputs, each will drive one aspect of the signal. 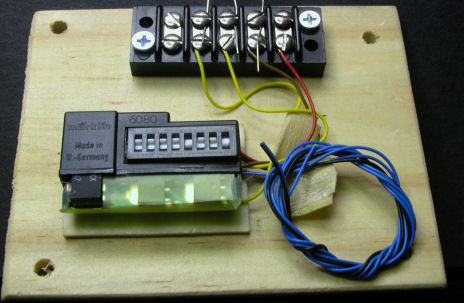 Next I wired up red and green surface mount LED using some coil wire from the electromagnet from a Märklin loco. I inserted them into some holes drilled into black card. 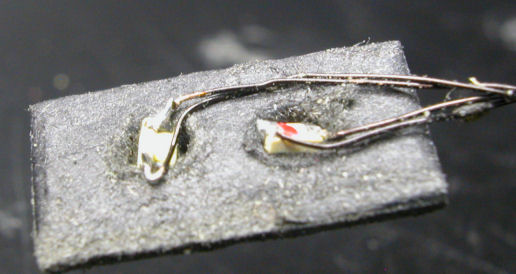 and glued the card onto a second piece, thus making a cardboard signal. Here you see the signal with an HO scale person for scale. 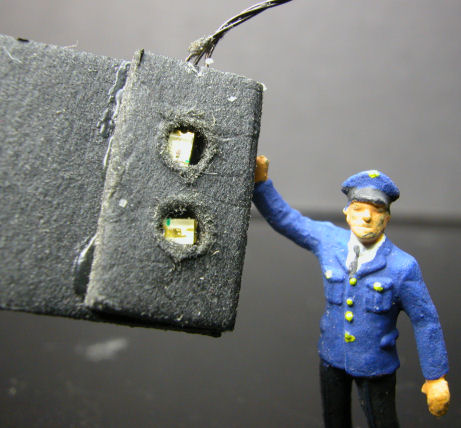 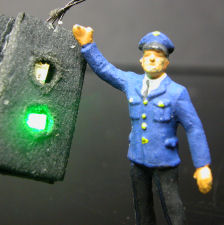 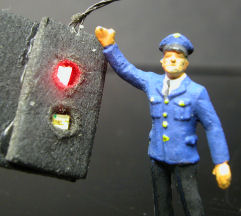 It turned out however that the tunnel where I wanted to install the signal has too little clearance even for such a small signal to be mounted on the wall. Bad planning.  I will use that signal  at the other end. So I decided things had to be smaller still.... I made a second signal, this time I managed to solder the two surface mount LEDs together, and so their anodes share a single wire. 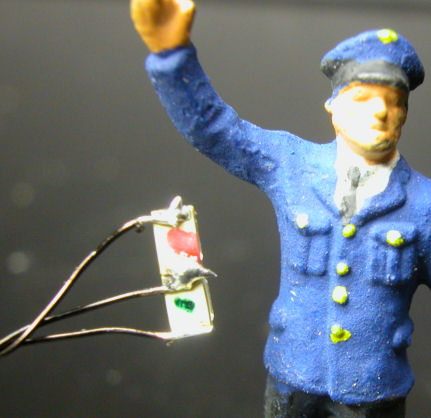 At the other end of the wires I placed a small diode on the common anode lead and a resistor on each of the other two. Since plan B was to mount the signal directly on the tunnel wall though a small hole, I made the wire lengths slightly different so that the big lumpy diode and resistors did not have to go through the hole at the same time.

I then threaded them though the tunnel wall. (The horizontal wires are just decorative cables.) 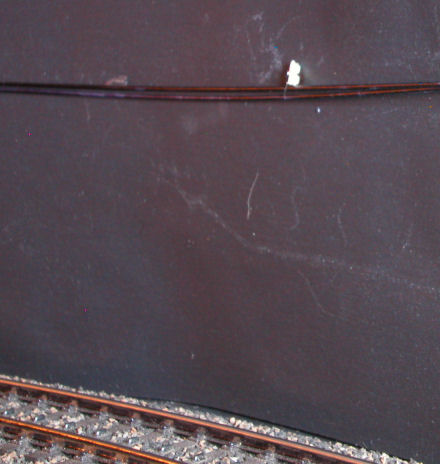 Once connected to the decoder module they are controlled by my software to work as a signal.

(I battle to photograph LEDs, they are so bright, my digital camera struggles to render them)

The light that these surface mount LEDs give off is remarkable given their size. Here are two LEDs compared to the Märklin bayonet light bulb! 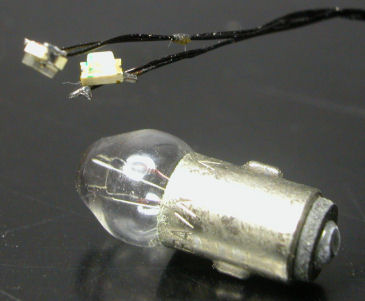 They are type 805 and cost just 40c each (including shipping) from China.