I decided to convert a Märklin Tower Mast lamp to LED operation and rewire it using much thinner wires than the originals which were pretty thick , bright and unsightly.

It is a pretty easy operation and the steps were carried out as follows:

At the base there is a tapered key that hold the wires in place. Push it down and remove it. 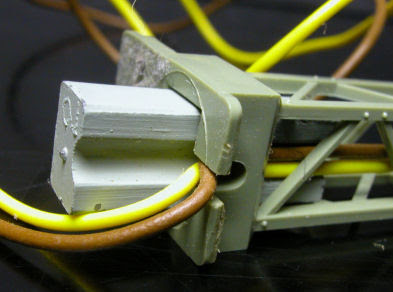 The brown wire is soldered onto the brass tube through which the yellow wires runs. 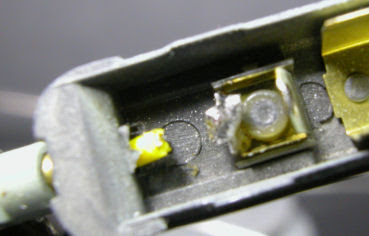 Cut the brown wire off as short as possible. 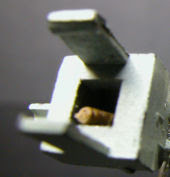 Remove the brass contacts for the old light bulb. Just pull them off. 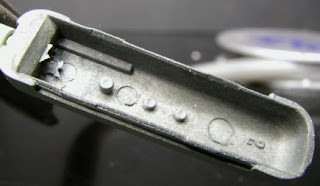 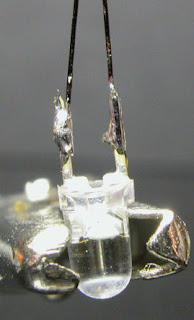 Place some insulation inside the metal lamp housing and check for fit. 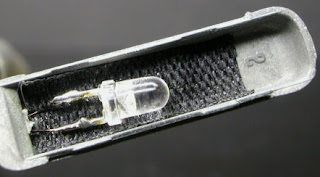 Tie a knot in the end of the wire that is connected to the cathode, and strip the insulation of the other wire. The knot is now the cathode marker.

Paint the LED with orange acrylic to give the lamp a phosphor lamp look (or whatever color you want). 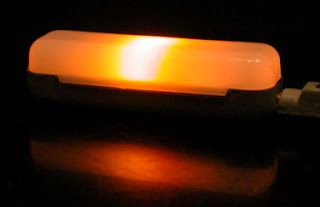 (white spot is a figment of the photography)

Thread the two wires down through the lattice. Clip the lamp back onto the top.

I did not reuse the tapered base - I just looped the wire around one rung of the lattice once to anchor it.