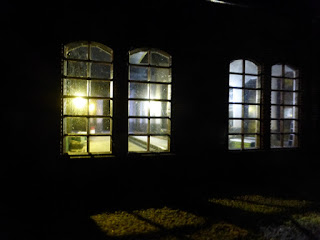 I have started constructing one of my two roundhouses. It is an old Märklin 7288 kit that does not have any interior details.

The kits have a mechanism that closes the shed doors when the loco gets to the end of the track inside. I decided I would not bother with that and rather do some interior detailing in preference to the ugly door mechanism.

I thought about building inspection kits below the rails but since I use 3-rail track I decided it was not worth the bother especially since I may also provide viewing access from the side rather than the top, in which case the pit would not be so visible anyway.

My first step was to glue the three black base parts together. Pretty easy except the plastic does not glue as well as Faller styrene. I then cut some plywood strips to sit inside the track recess so that the track has a foundation the same height as the rest of the Betriebswerk and glued them in place. To ensure that I positioned the tracks correctly within each of the three bays, I cut them to length and connected them to the turntable.  Then I positioned the base under the three tracks and glued the tracks onto the plywood strips.  I used some big weights to hold the track firmly in place while the glue dried. 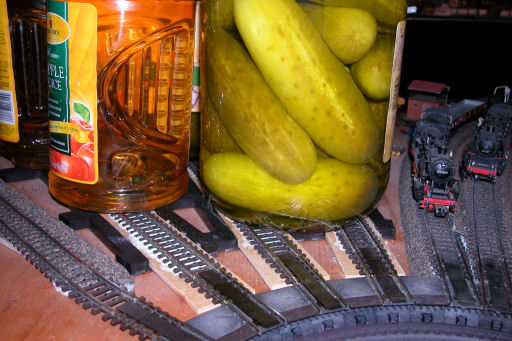 I then masked the track between the running rails. 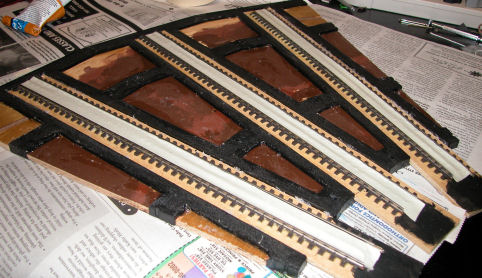 and added the plaster floor... 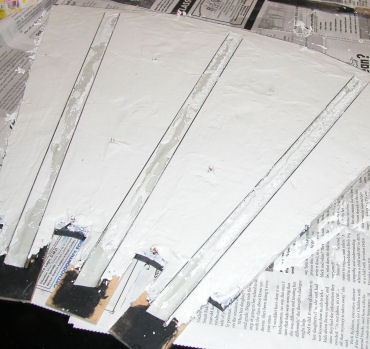 The floor level is pretty tricky because the walls are not yet in place, yet I need to make the concrete slab go all the way to the walls, so I expect I will have to add more plaster once the walls are in place.

I have applied a second coat of plaster and painted it... 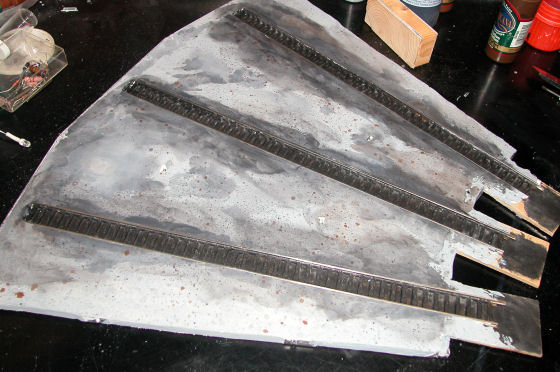 I have also prepared and printed the graphic for the inside of one of the three back walls..

update on the graphic: getting the signs to align 100% between the windows is proving difficult, so I will add the signs to the wall later.

I have installed 3 surface mount LEDs on each of the 2 main girders. Each long wall also has 2 lights. 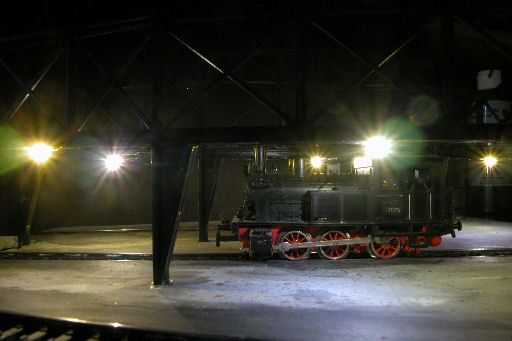 and I have found some workshop machinery.

Next... making the interior walls of the roundhouse.
and then the detailing
Email ThisBlogThis!Share to TwitterShare to FacebookShare to Pinterest
Labels: Bw, Roundhouse
Newer Post Older Post Home