Water cranes, used to supply water to steam locomotives, had a signal lantern mounted on the arm that could swing over the track.

I explored the possibility of creating illuminated replacement lamps for the water cranes I am building.

I used transparent styrene to create a lantern the same size as the original solid plastic items supplied with the Faller 120137 kit. Into that I inserted a surface mount LED. In order to keep the brightness very low I used a 47K Ohm resistor at 12V - resulting in a current of only 0.2mA!

Here is the first lamp with the Faller original lying below it. It is supported only by the two wires going to it. 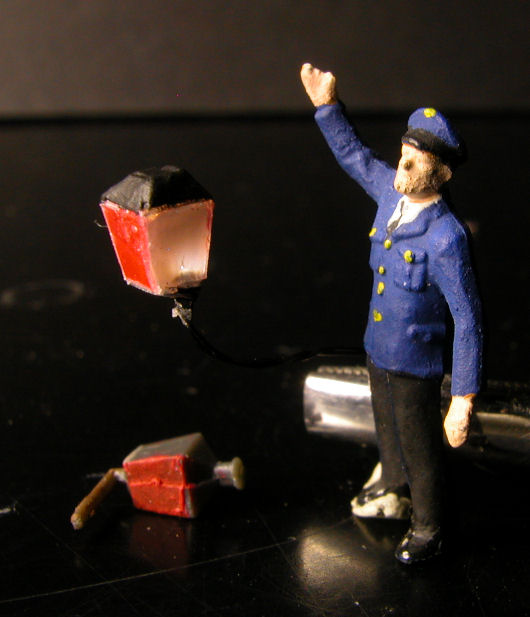 The lantern is just 3.5mm wide at the top!

Update: I have attached the lamp, still have to paint  the wires and do all the weathering... 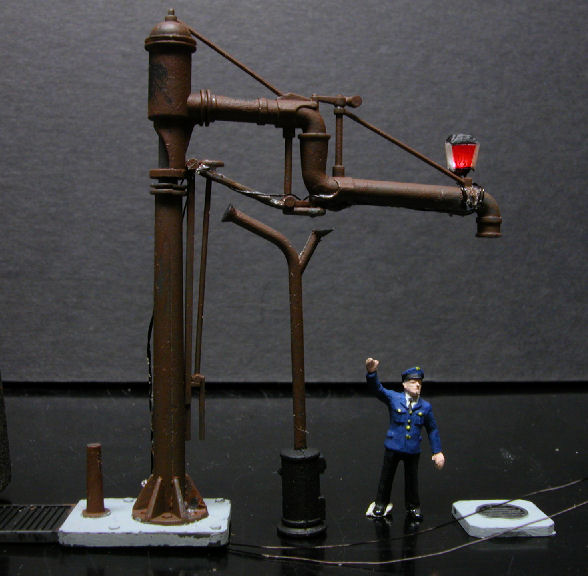 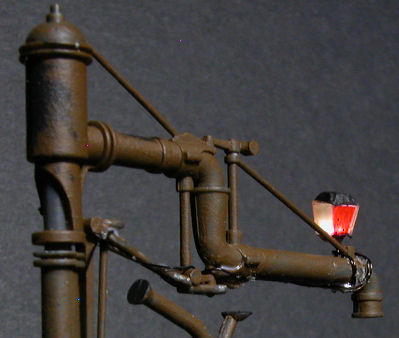 I tried to get some pictures of the cranes on the layout.. 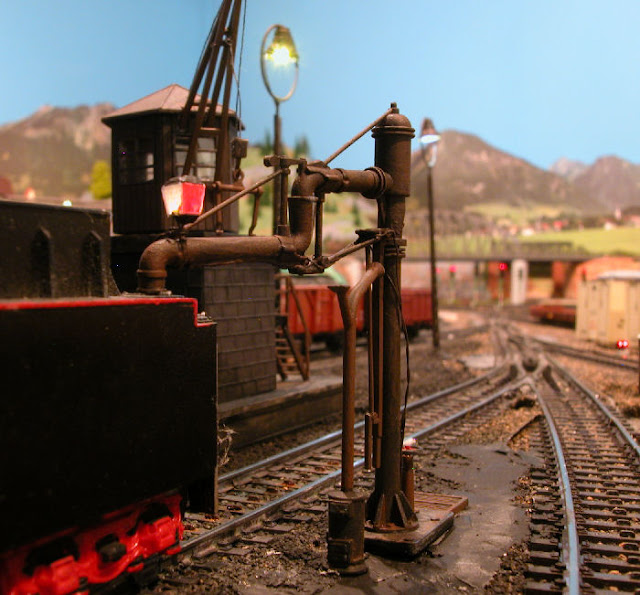 The background is rather busy so it's somewhat hard to see... and that erosion problem will be rectified when I finish off the surface... 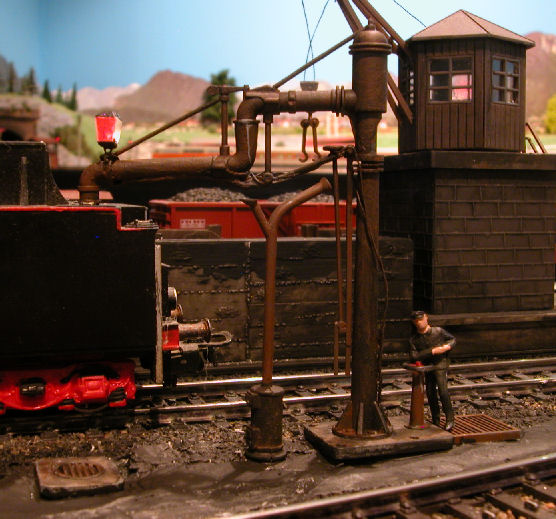 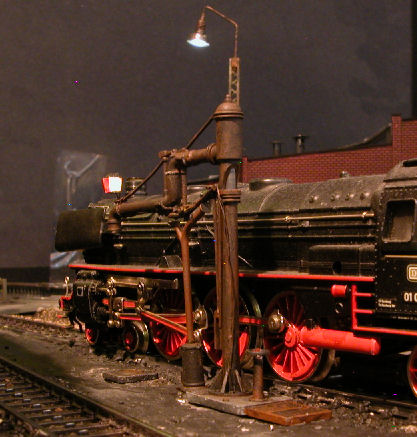 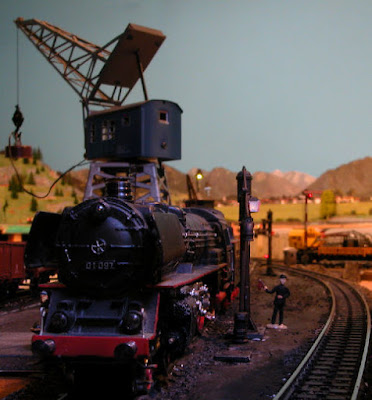 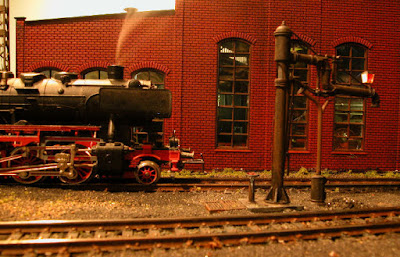