I sprayed the backdrop walls a nice blue that I selected. The person at the counter said I would probably only need half a gallon but I thought that was not going to be enough so I bought a whole gallon of a color that Behr calls 550B-5 Windjammer.

I have a paint sprayer so I spent the whole day covering stuff in the area with tarps and fastening masking boards on the sides to prevent over-spray. I started painting at 6:20 PM and within about 40 minutes I had used up the whole gallon of paint. This is mostly because I also decided to spray as much of the ceiling as possible too. 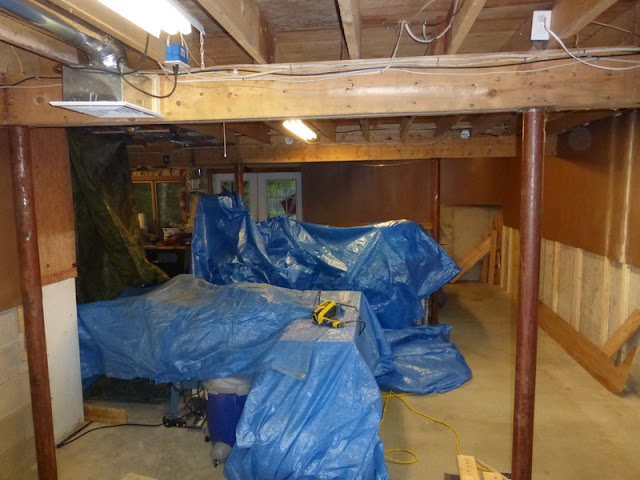 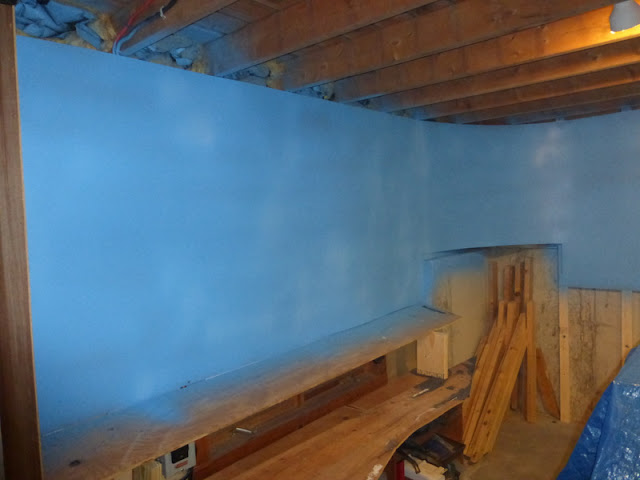 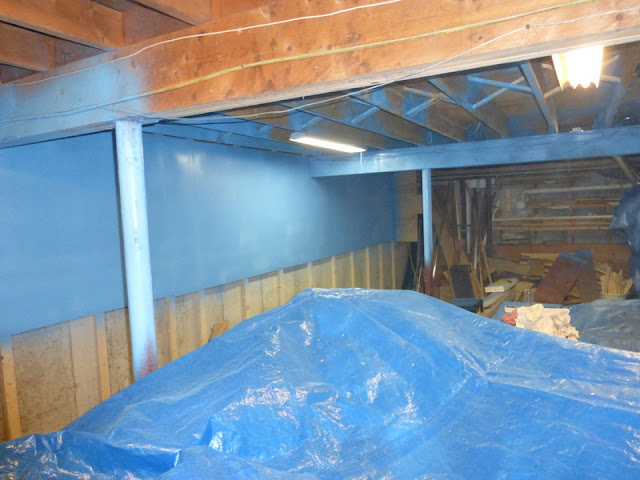 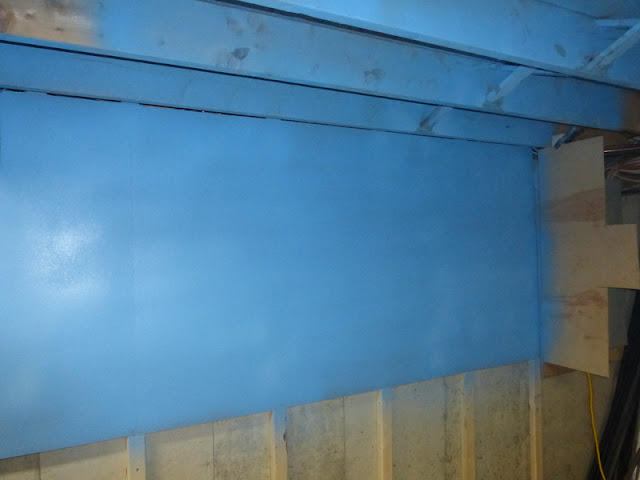 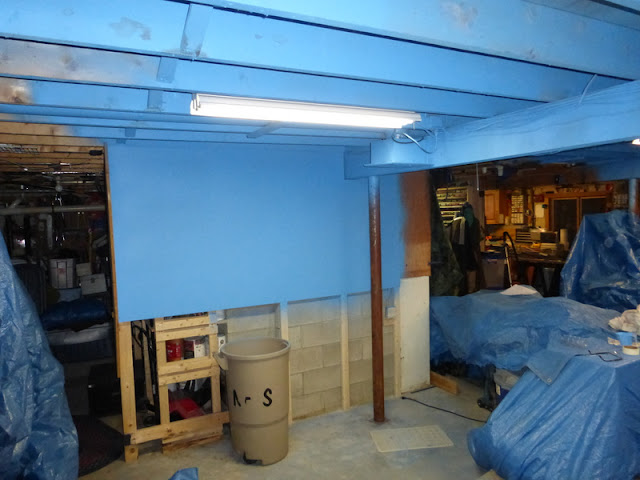 So the next day I went back to buy more paint. I also decided that I would try to add a lighter fade towards the horizon to match how skies actually look. I looked through the colors at the hardware store and saw a color I liked. I then read the Behr paint color - it was called  540B-4 Horizon Haze!  I was blown away!

So after I completed all of the ceiling joists and floor above I added the Horizon Haze to the lower part of the sky backdrops. It is hard to see in the photograph because I had to use flash but here it is: 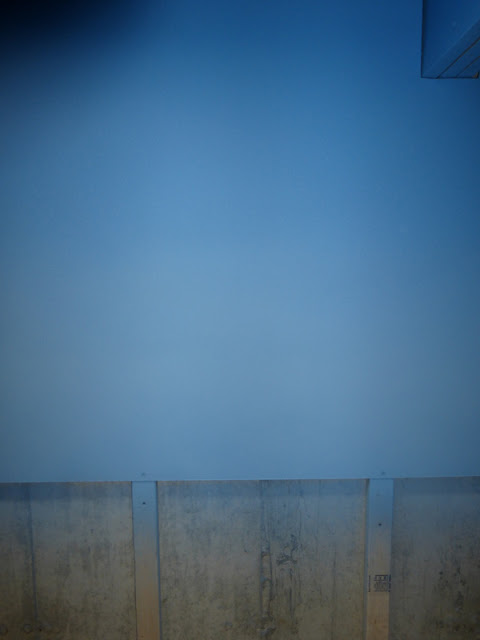