My original S-Bahn station turned out well, but I used the wrong glue to stick the printed platform onto the wood and it soon lifted and looked ugly. So with the move to the cabin I decided it was time to redo the station.

I have laid and tested a double line loop that branches off the hidden track area below the town, so now it was time to rebuild the station.

Previously the roof could be carefully lifted out the front but this needed two people to do and was rather difficult. My new plan is to place the roof onto some drawer runners such that the roof can slide back behind the rear wall of the station. 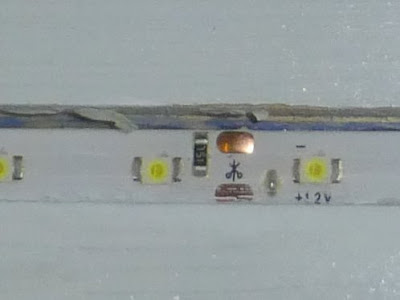 I ran one circuit and just looped it over to the other track at one end... 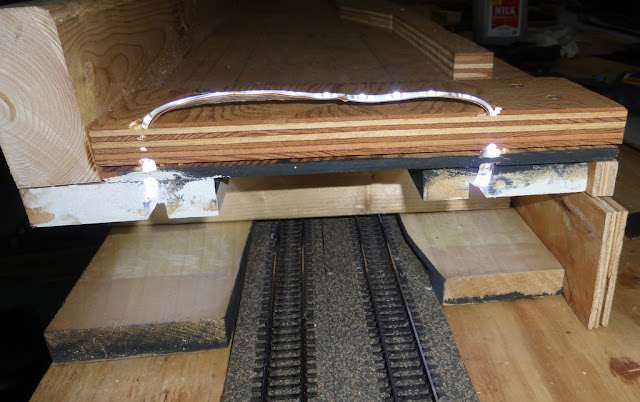 I pulled the paper platforms off the wooden platforms and sanded them smooth again. Here are the cleaned platforms and the LED lights being tested in the roof. 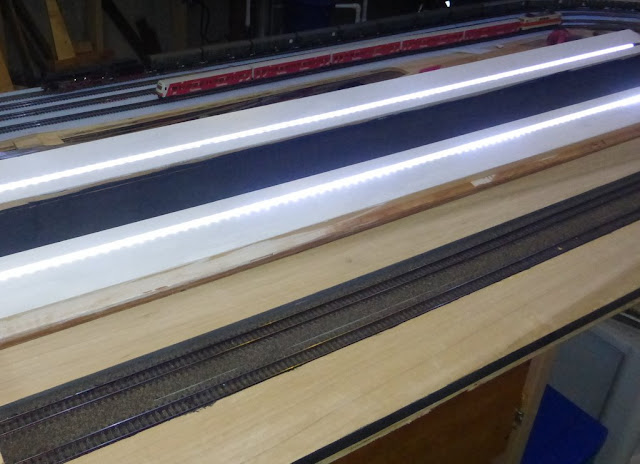 I cut some temporary spacers to hold the roof 51mm above the platform and looked to see how it would look. 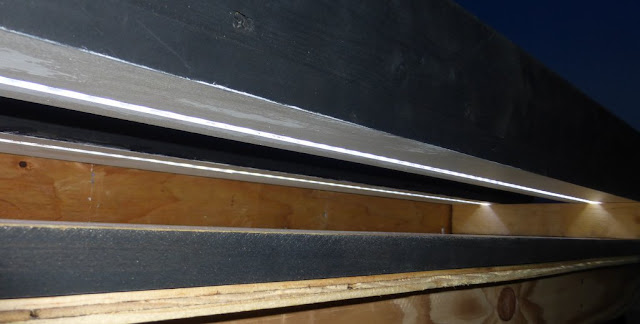 I was concerned that the LEDs may be hidden a little too deep in the roof groves that held the rope lights before but the light does cover the platforms at least. 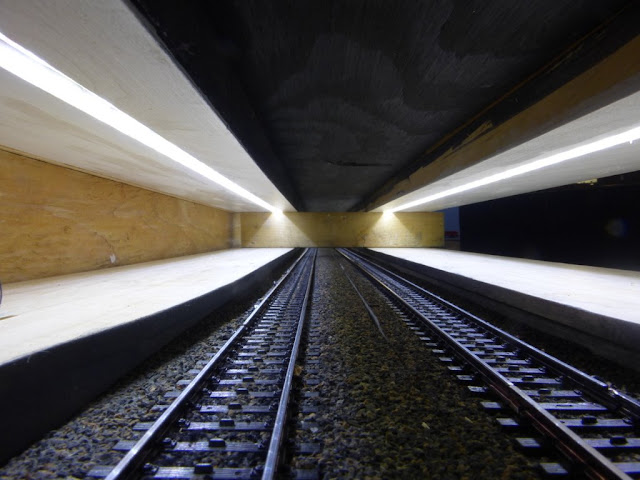 I decided to make the runner slope upwards so that as the roof is pushed away it also rises so that the rear wall is cleared well. The roof moves about 28cm. This shows the runner mounted at one end: 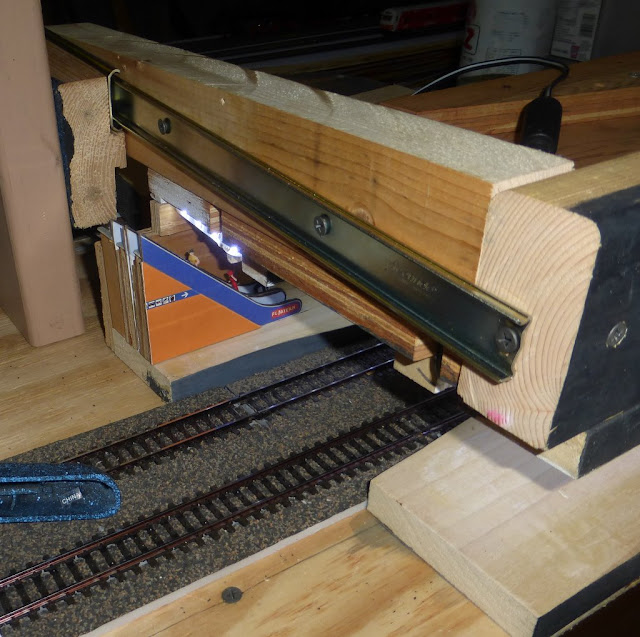 Here is roof in the normal position covering the station:

and pushed back to reveal the station: 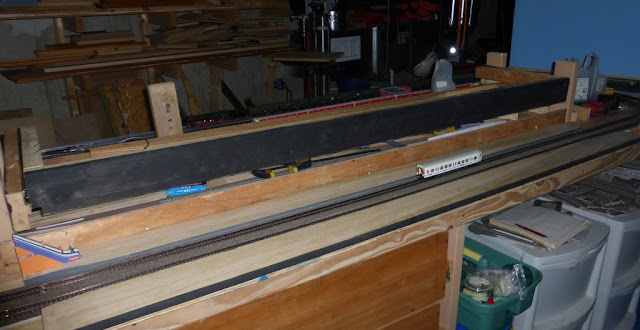 I would like to thank Boyd Mistear for the two runners!

and this is what it looks like from inside... 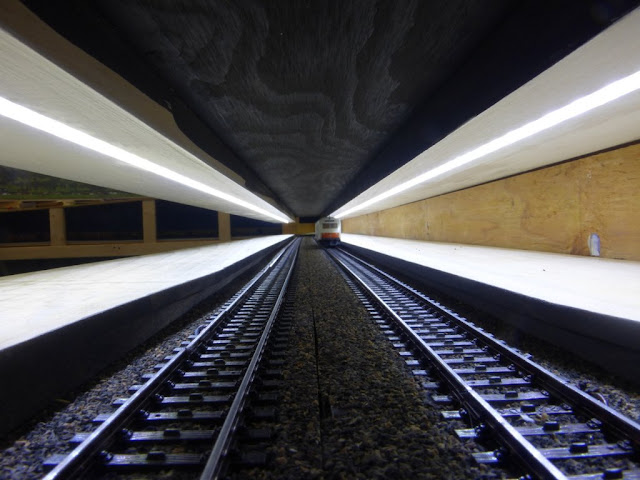 The view from behind with the roof in the normal position: 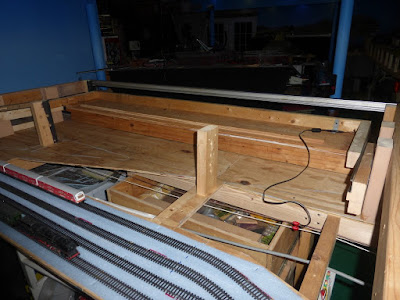 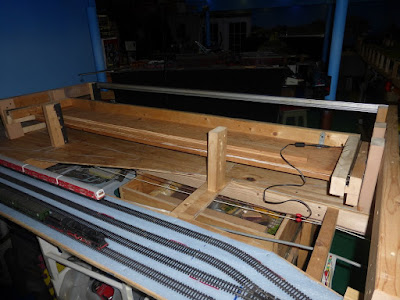 The next steps will be to print the platforms and the rear walls and mount them. I will also add the signals and put the people back in.
Once the top level above the station is in place I will also mount a plywood facia on the front of the roof to close over any gaps.