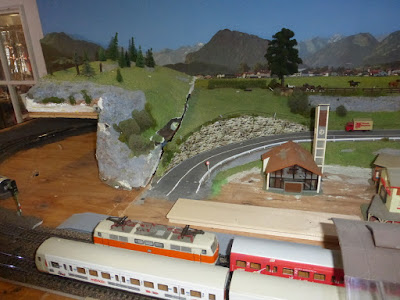 When I removed the farm section from my old house I had to cut the end of the mountain off to make it small enough to transport.

I decided it was time to patch up the end that got cut off and also join the other end onto the landscape of the new layout.

This shows the piece that was cut off.

Since I extended the station tracks, the new tunnel mouth has to move down so I decided to simply rebuild that end of the hill. 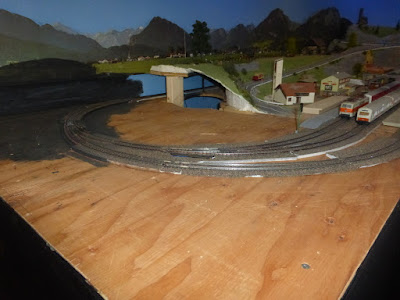 I put black paint onto all my tunnel portals and then wiped the paint off, to make them look old and sooty. Further weathering will be done later. 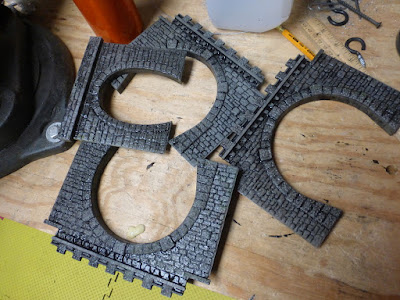 I placed the portal approximately where it had to go, and cut some wood to the heights I wanted to have the hill.

I screwed hardware cloth (¼" mesh) onto the wood and the table. (Use thick leather work gloves when handling the mesh!) 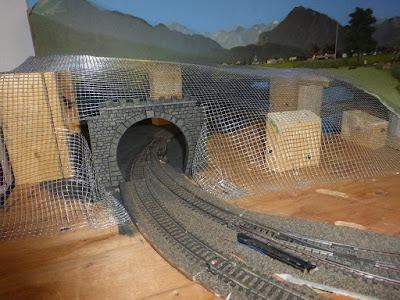 I left the end open so that I can access the track inside. (It will be covered by cloth later.) 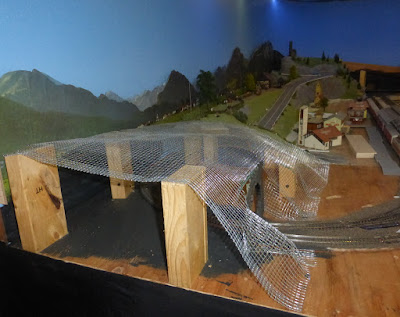 I then inserted some tunnel walls which were first painted black. 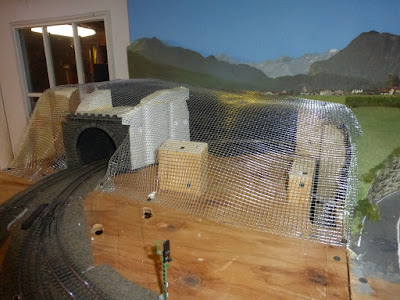 Anything visible from the tunnel entrance is also painted black. 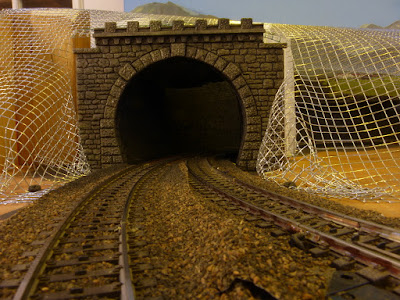