The light at the end of the tunnel

Back in 2007  I unveiled the light at the end of the tunnel in my old layout. Since I was about to complete the mountain on the new layout, I installed the light in the new location. 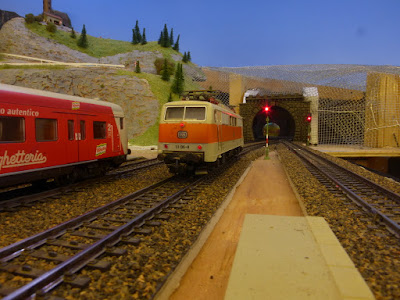 I can see that I need to do some more black painting inside this mountain! 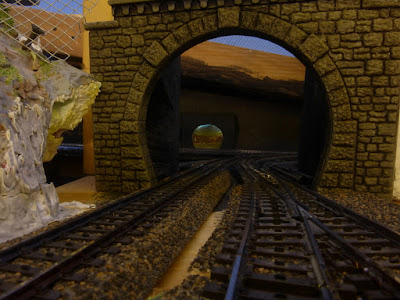 The light at the end of the tunnel is switched off at layout night time. 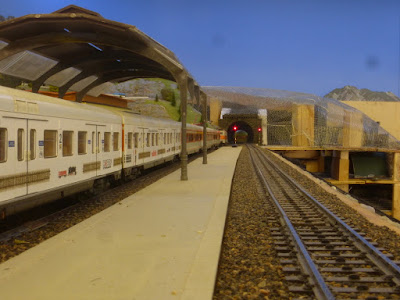 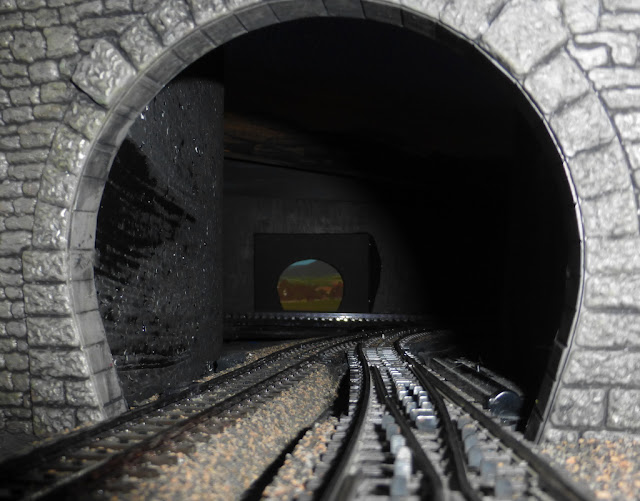 Here is the original posting showing how the light was made: 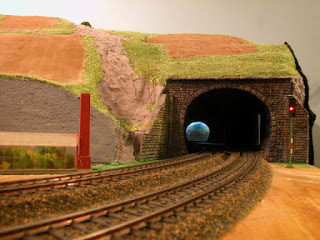 Next I took some Plexiglass® (or Perspex® as it is known in some countries) and cut a hole somewhat larger than the backdrop. I drilled holes on the outer edge large enough for 3mm LEDs to be inserted. I painted all the surfaces except the inner curve with silver paint in order to maximize the light that would be emitted from the inner curved area. 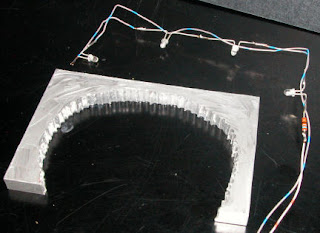 I left the half drill holes in the curved part to increase light output along that surface. 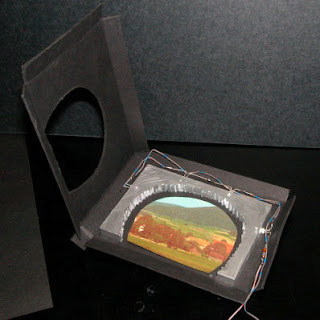 and taped it closed with black tape... 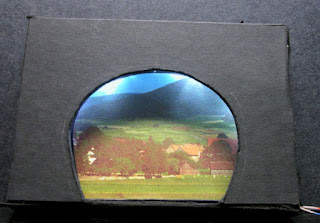 The unit is then simply placed in the tunnel. I power mine with a stationary decoder so that I can switch it off at night.
Email ThisBlogThis!Share to TwitterShare to FacebookShare to Pinterest
Labels: led, lighting, tunnels
Newer Post Older Post Home