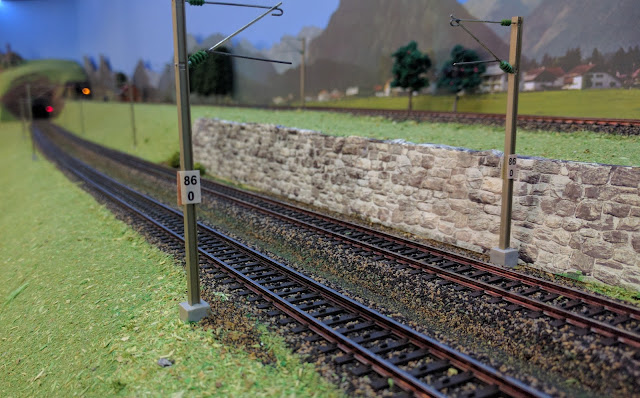 I decided to make my own and printed them out. 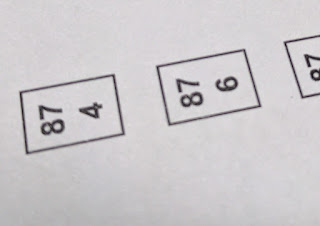 Since many of these signs are a bit rusty, I decided to weather then a bit by painting them with a wash of orange and brown. 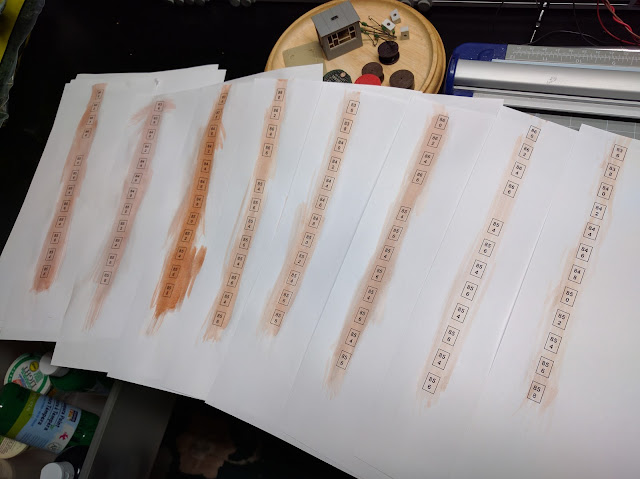 In order to make the paper copies more durable I coated the back with some wood glue. 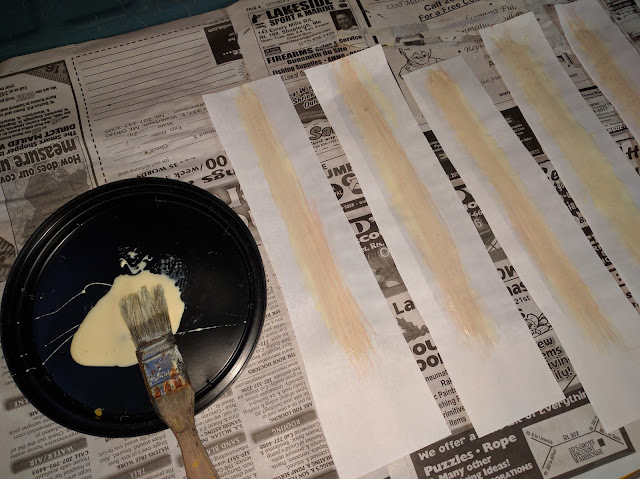 And cut them out 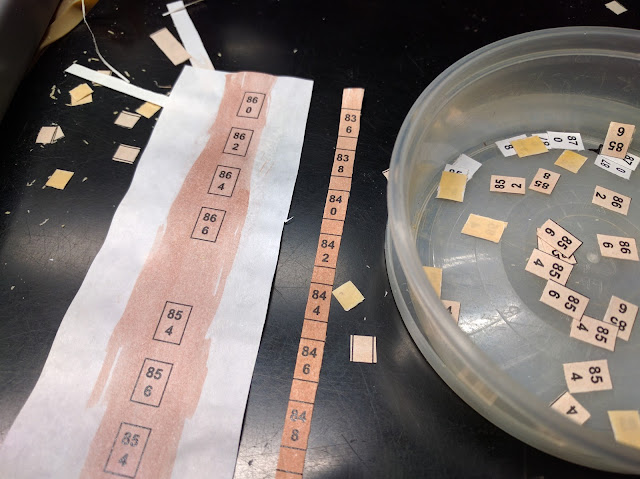 I decided on an origin point on my layout (83 km from somewhere) and measured out the distances along the tracks. In order to increase the illusion of distance, I used a scale of 1:100 instead of 1:87. The 200m markers are thus about 200cm apart on the layout.

Typically these signs are attached to catenary poles and I also used them wherever possible. See making small signs for how I handled other locations. 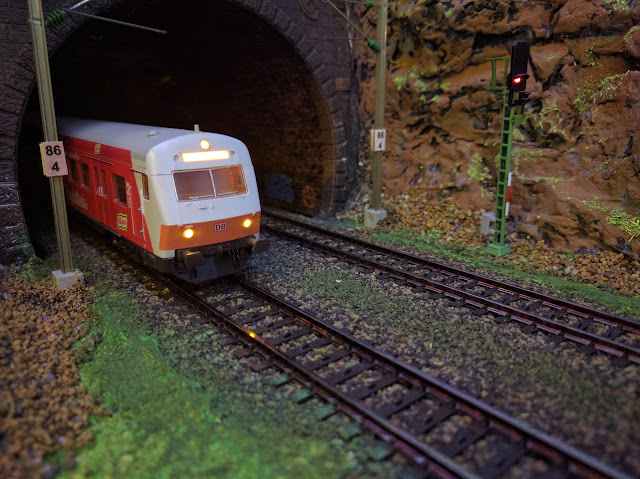 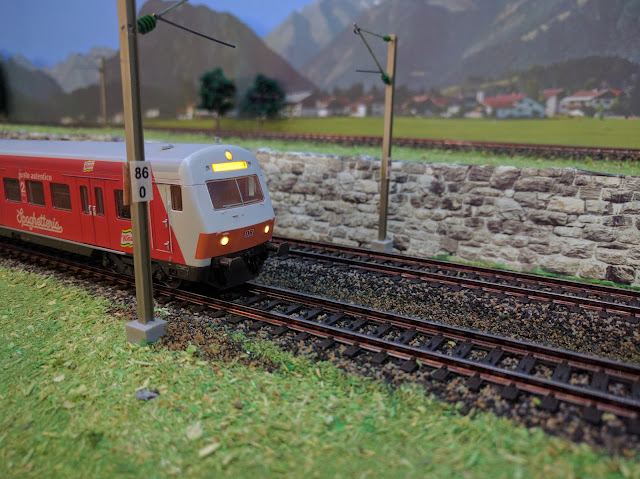 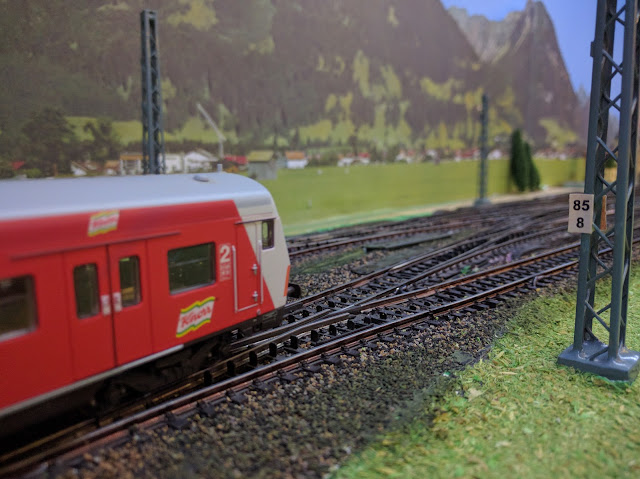