A few years ago I added modern distance marker signs around the layout. I decided I also wanted to have the old style cement markers that can usually be found along most German train tracks. 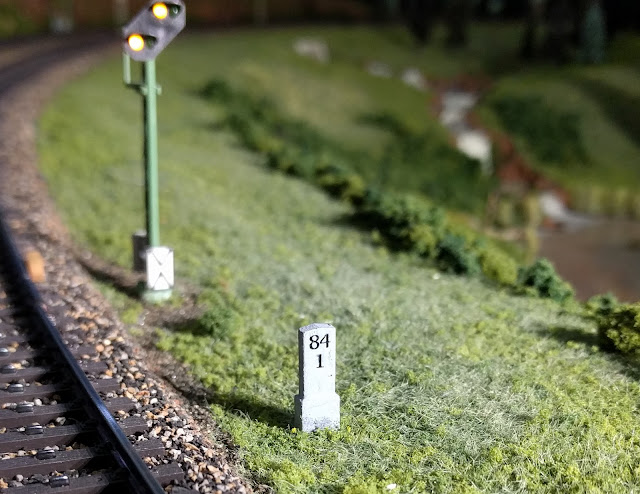 Some time ago I had come across a document that showed the original specifications (DV 843) for the distance markers from 1939. 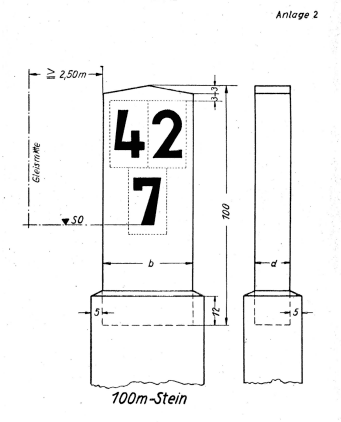 The drawings define not only the size of the distance markers, but also, how they are to be placed along the tracks, and the distance from the rails, etc. This enabled me to design models that very closely match the prototype, as well as where to place them. I printed them on my 3D printer. 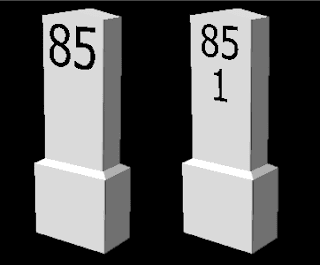 The text of the whole km numbers is 25cm and the rest are 20cm on mainlines.

The markers with an odd hectometer value are placed to the right of the track (when travelling away from the origin point) as follows: 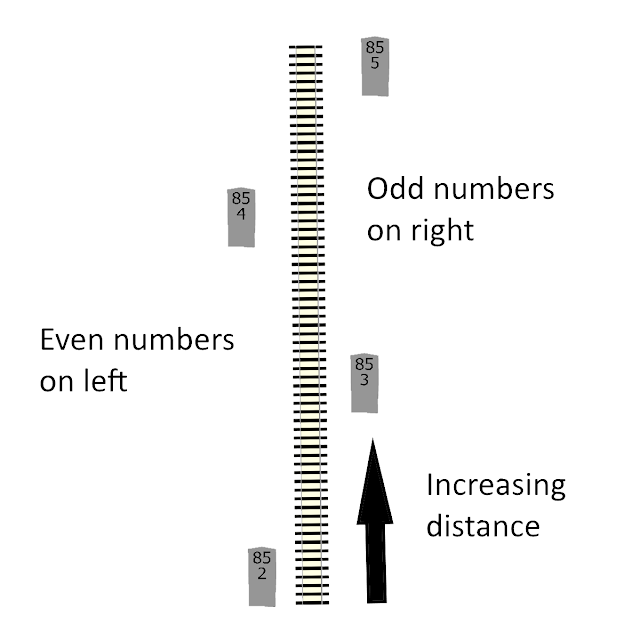 This means that there should be a distance marker at least every 200m on both sides of the track. One can also tell which way to the origin point by viewing a single stone! All very efficient and well designed.
I painted them an appropriate cement gray. 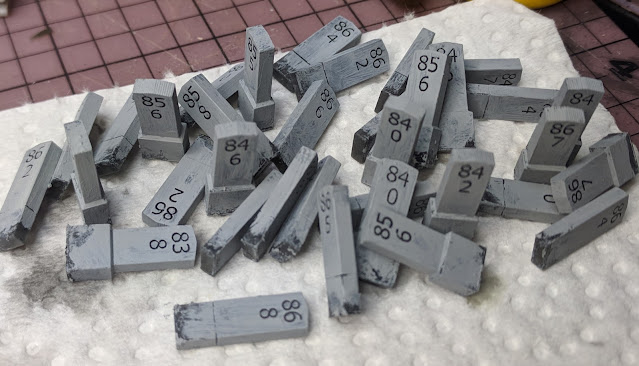 The specification said that they should be between 2.5m and 3.0m from the rail, so I also made myself a template to ensure that I was getting them installed accurately. I simply lay the template on the rails and it shows me where the 2.5m distance is... 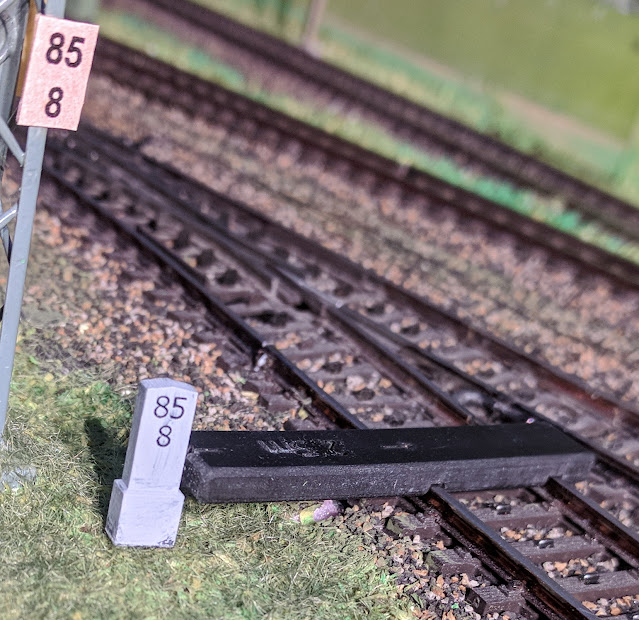 Once the desired location is found, I had to scrape away a bit of landscaping 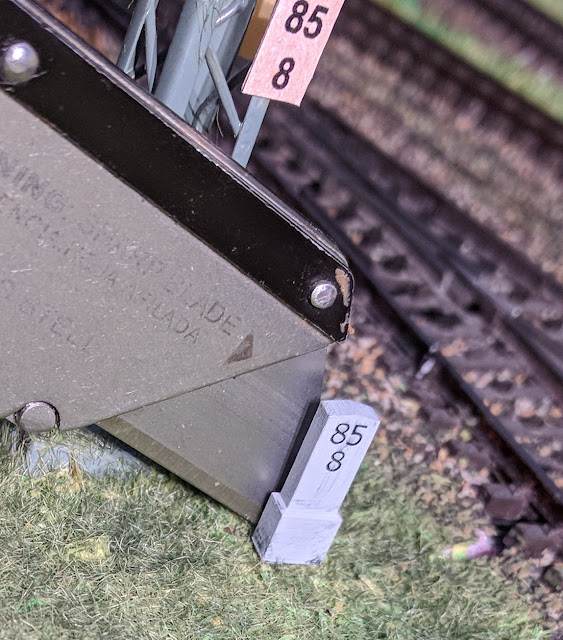 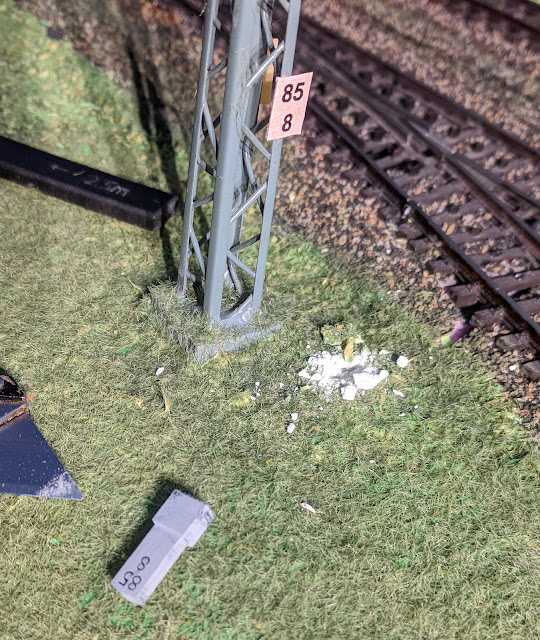 I vacuumed up the mess 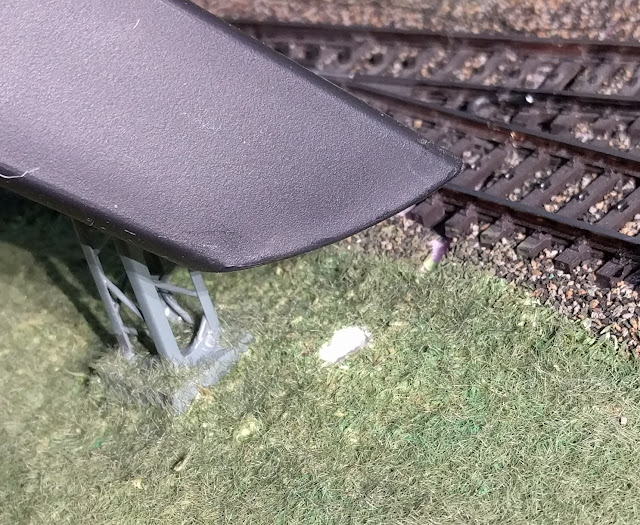 And then glued the distance markers in place with some school glue. 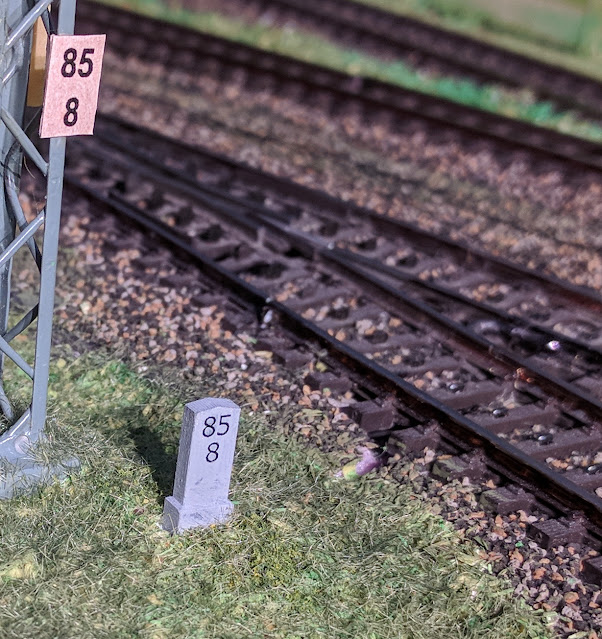 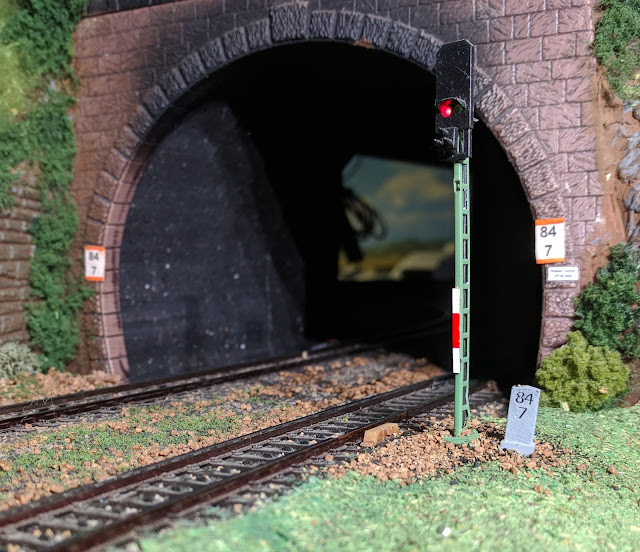 I later improved the template to also show the 3m maximum distance.... 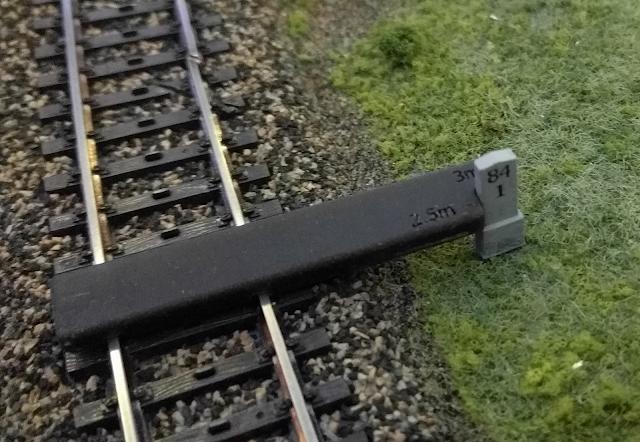 This was a fun and easy project adding them to the layout and they provide a nice level of detail and authenticity. 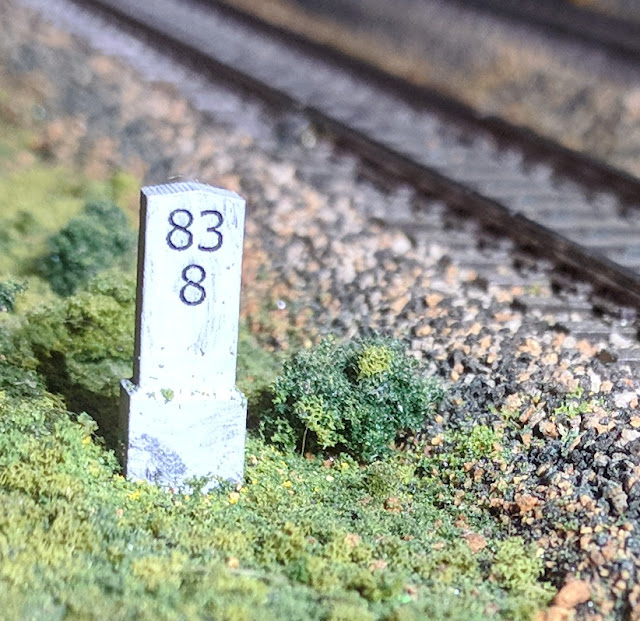 I made a pile of old marker stones in the engine yard... 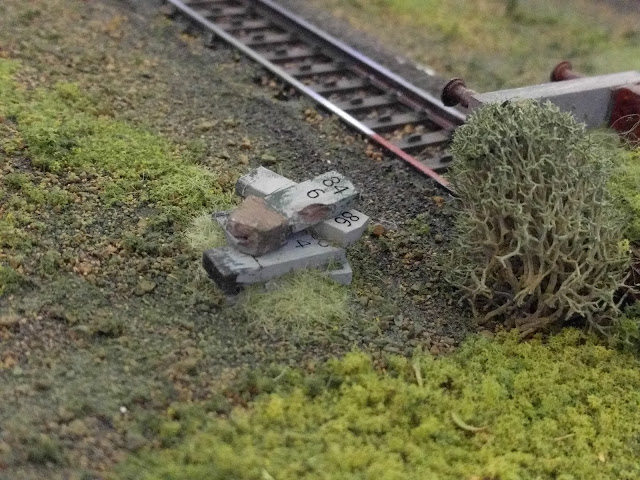 There are numerous prototype images of distance markers and additional information (in German)  at http://www.rbd-erfurt.de/