I decided to add some Indusi magnets to my layout. You may ask, what an Indusi magnet is...  Well it is not so much a magnet, it is resonance transformer that is located next to the rails of most German train tracks. When activated, these units, reduce the magnetism of a corresponding unit on a passing train, and that in turn triggers a signal in the train that can influence the speed of the train.
Typically these placed ahead of, and at main signals. They are also placed near level crossings. There are three frequencies used, and each frequency indicates a different type of speed check.
The first one encountered is usually at the distance signal, a 1000Hz signal tells the train driver that a main signal is being approached. A tone sounds, and the driver must press a button to acknowledge the warning within 4 seconds. If not, the train is slowed.
Then, about 250m before the main signal, a 500Hz Indusi will trigger a speed check of the train to ensure that it has slowed sufficiently in order to stop at the main signal.
The third one, at 2000Hz, is placed at the main signal. If this one is active when a train passes, then the train is stopped automatically.
This is what they look like, and the top is usually painted yellow: 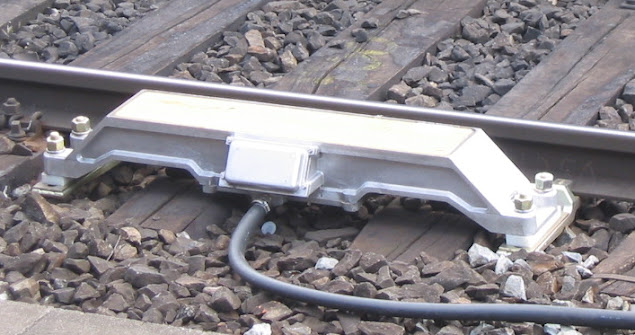 Indusi prototype image by WHell  reproduced under CC BY-SA 3.0
I thought I would print some using my 3D printer but the files I found online were very disappointing, so I designed one from scratch. 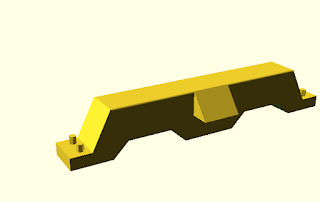 and printed them out. I then weathered them with a rust color... 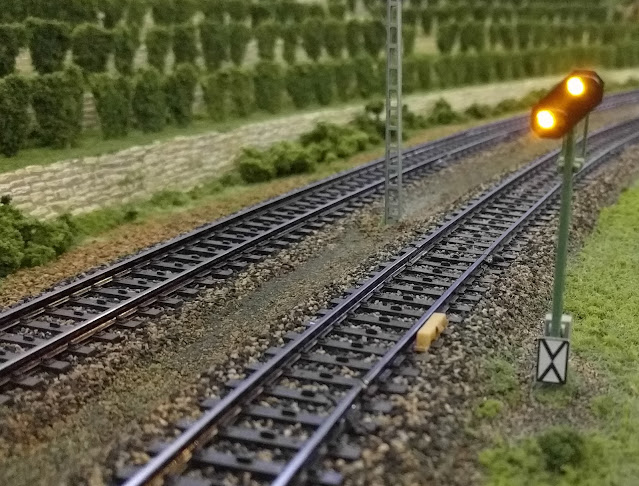 Every distant signal needs one...
Here my BR 111 S-Bahn loco passes its Indusi transponder over an Indusi inductor 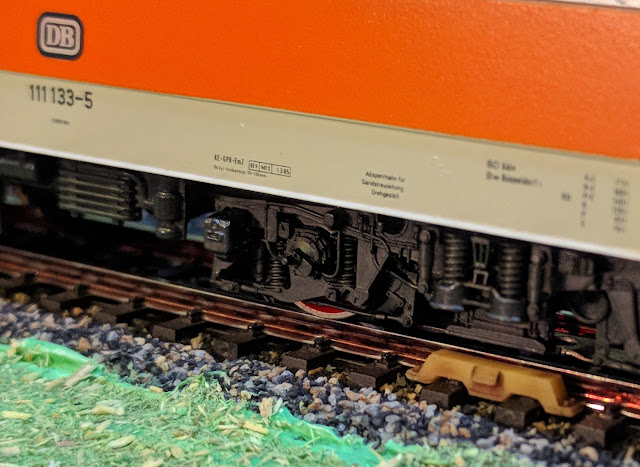 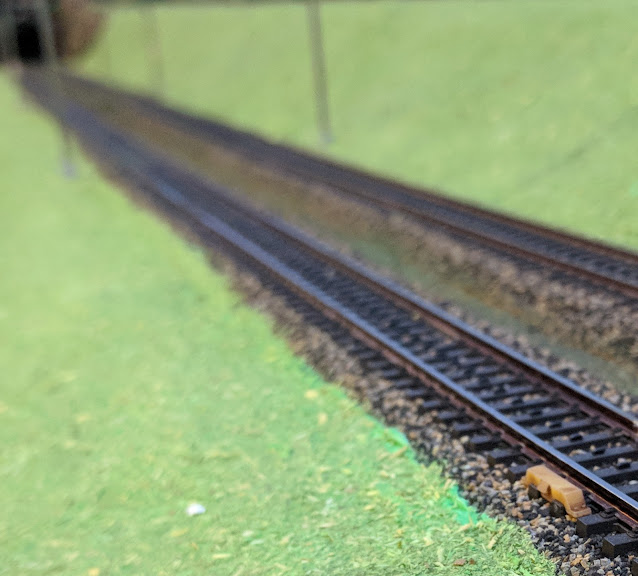 And one some distance before a main signal 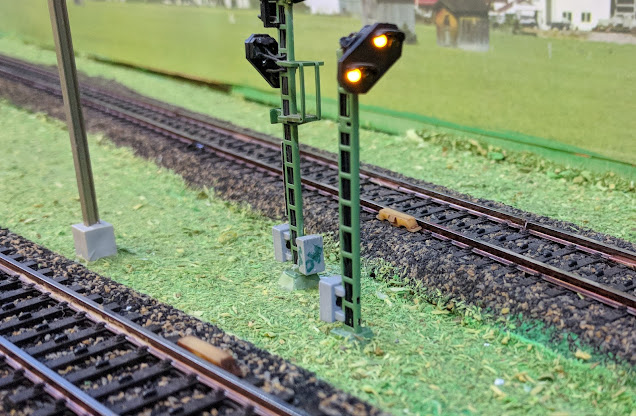 And at each main signal (background and distance signal in foreground) 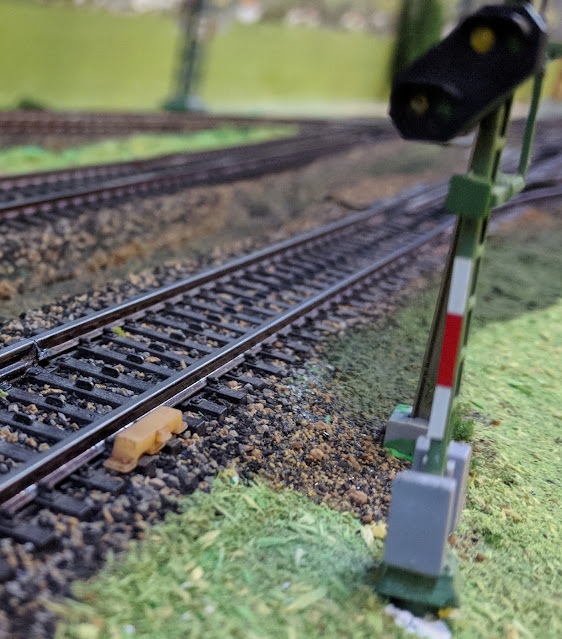 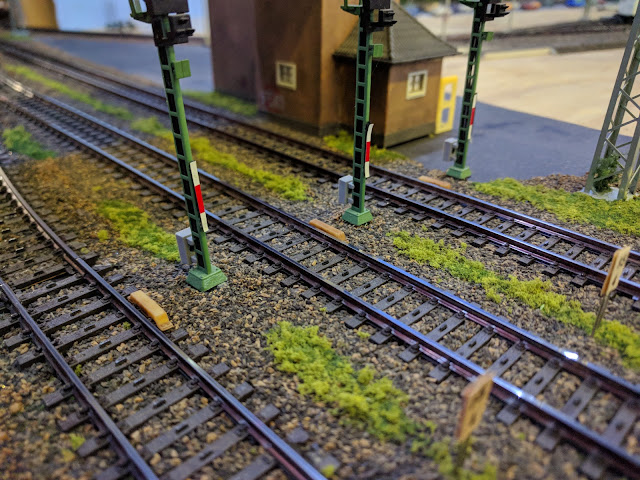 They can be ordered painted, or unpainted, or weathered yellow, allowing you to decide if you want them to look newly painted yellow, or if you would prefer them dirty, you can paint them with a brown rusty wash.
Email ThisBlogThis!Share to TwitterShare to FacebookShare to Pinterest
Labels: accessories
Newer Post Older Post Home