I have had some HO scale plastic telephone poles in my train stuff for 3 or 4 decades and I decided it was time to install them. I have no idea where they came from or what brand they are. They were plain brown plastic, and one was a very different brown so obviously came into my possession at different times. 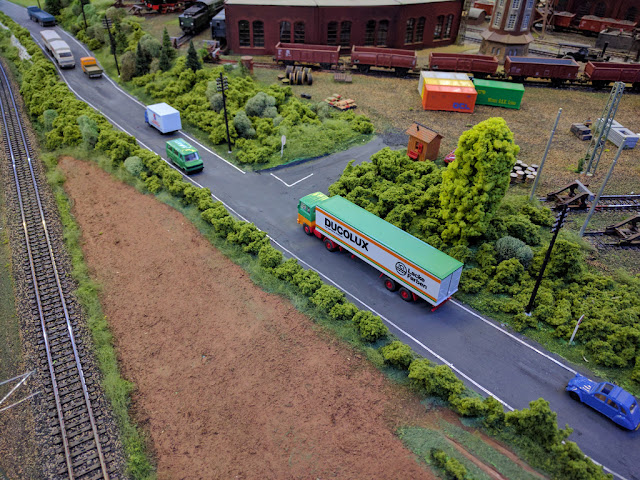 After checking that such poles are indeed still seen in Germany and that the insulators are also white, I painted the insulators a gray color. (I decided that pure white would be a little too bright.) I also painted the poles with some black paint to remove the glossy nature of the plastic.

I had 9 poles that were usable.

The biggest task was deciding exactly where they would go. One often sees them running alongside a railway line (or road) but most of my longer runs eventually run into a tunnel, so I decided to place them along the road that also runs next to my mainline for a short distance. One end of the road runs to the edge of the layout and the other ends in the town near the illuminated buildings. The 9 poles could be spaced nicely along this route so that decided their location.
To mount each pole, I drilled a short hole, vacuumed the waste, and then inserted the pole that had been dipped in some glue. 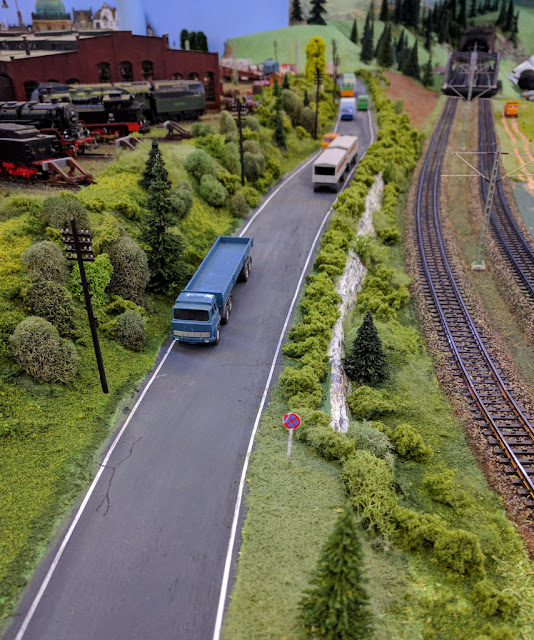 No wires will be added, they are too thin to be seen. (And would be absurdly impractical to rig and maintain.)

See Road markings for information on the white road lines.