I can now control my layout using voice!


Here is how it works: 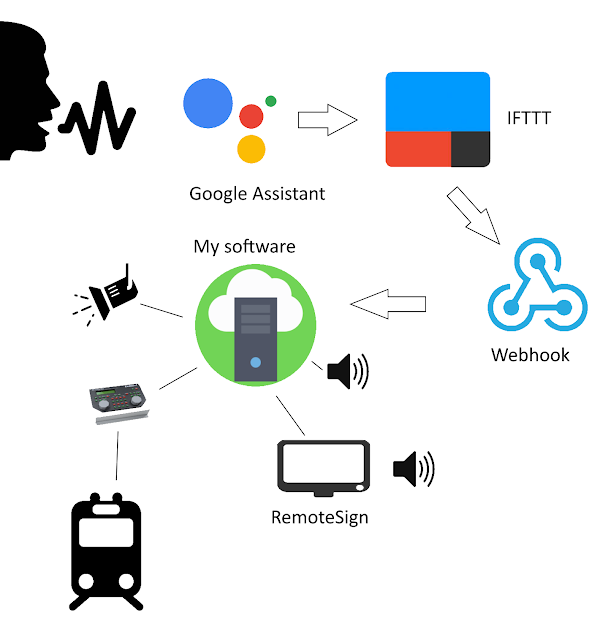 I have created commands for:

Since my layout has a German theme, the station and train names are German. This makes the recognition of these names by the Google assistant listening in English somewhat problematic. For example it is unlikely to ever recognize the command "Shattenbahnhof five", but what it hears is "shutting five", so I define the triggers in IFTTT using that text instead. Each trigger can have three trigger commands and one can add multiple triggers too.

When matching loco or train names, if it does not find an exact match, it then matches using soundex matching.

It is very nice to be able to say "Hey Google; Sunset" and watch a sunset sequence, complete with sound effects, and lights coming on in the town and under the bridge.
Update August 2022
I have just been informed by IFTTT that the passing of parameters from Google Assistant will no longer be supported! The breaks most of the functionality, as I will no longer be able to pass in the name of the event I want to trigger or the name of the person that should be paged etc. Very sad and annoying the important functionality like this gets dropped.