My layout features a rather large valley running through one area which has very little access for doing landscaping. I therefore decided to make the upper valley floor as a separate section that could be landscaped and then moved into place when mostly done.

This hole in the layout is what had to be filled with the valley section. 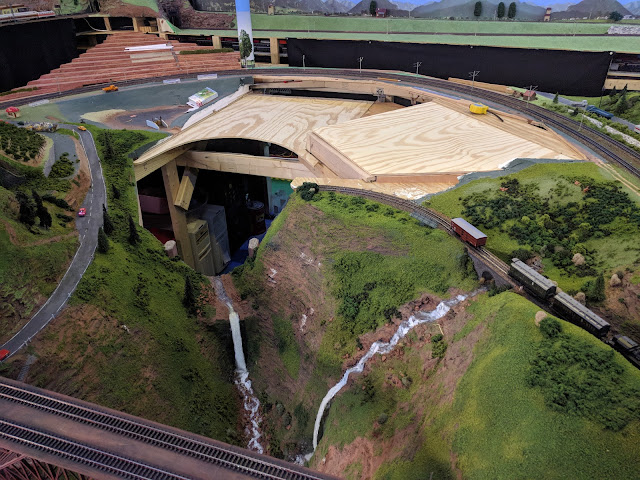 My first step was to construct a kind of box that would fit into the hole from below. 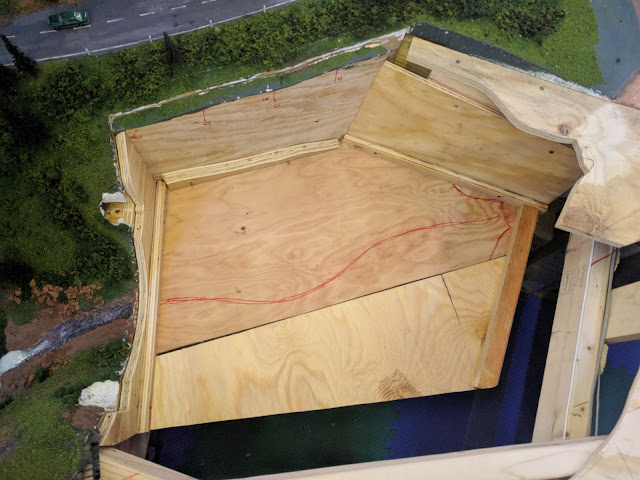 The 'box' had a valley profile that matched the valley downstream, and was a very irregular shape.

Into this 'box', I then placed Styrofoam to make the rough shape of the valley sides I wanted. 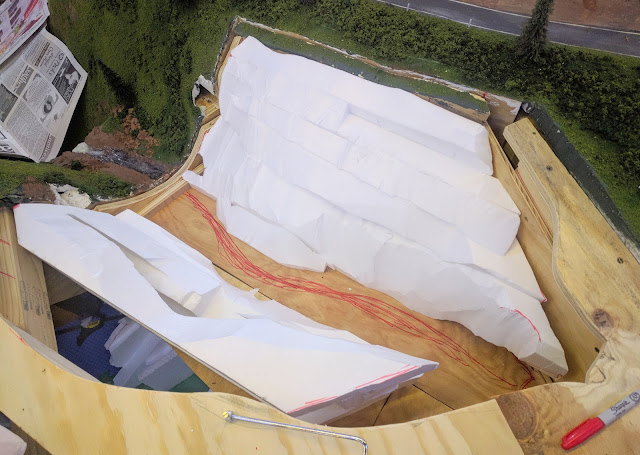 I could then remove it from the layout and do additional shaping. The wooden skewers are holding the styrofoam pieces in place until the glue has dried. 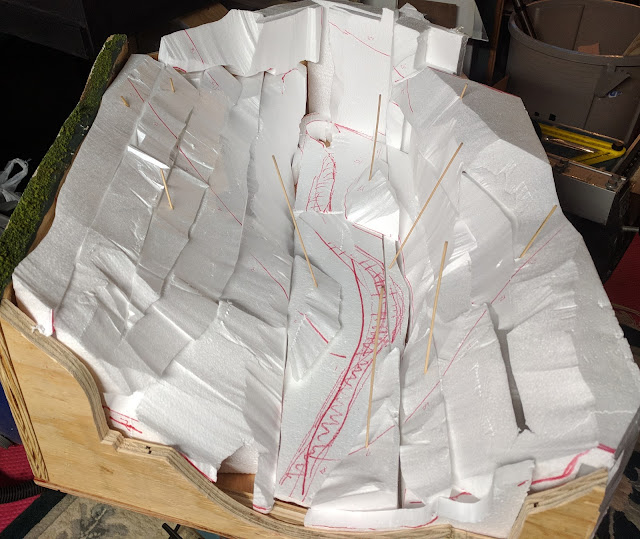 I could then add plaster 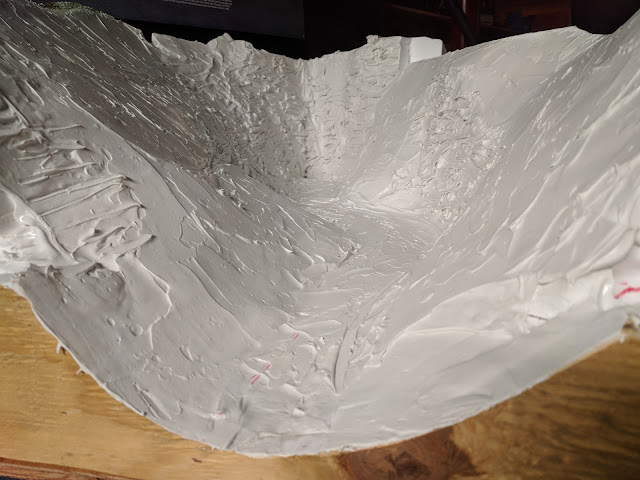 and add base coats of paint 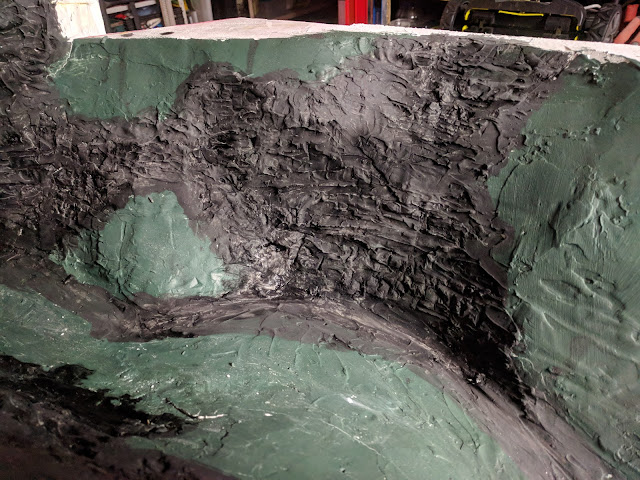 and rocks, (previously made here) 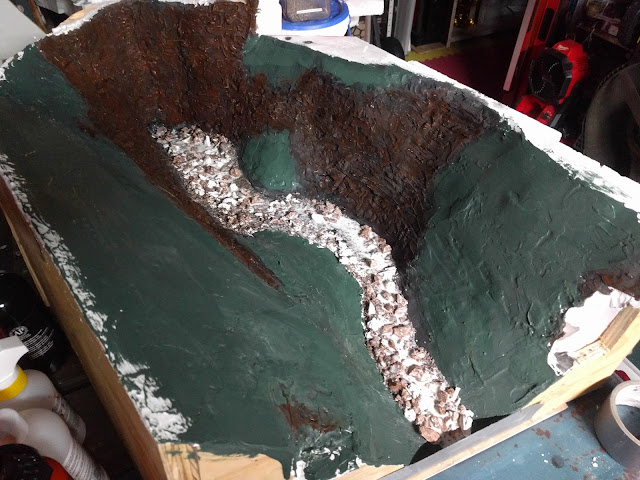 Which were then painted brown 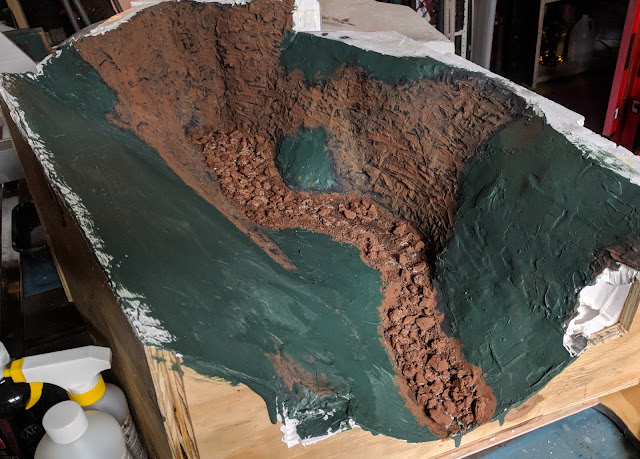 While this was going on, I also made progress on the landscaping such as the weir and lake around the valley, taking advantage of the fact that I could still stand where this valley piece would eventually be. 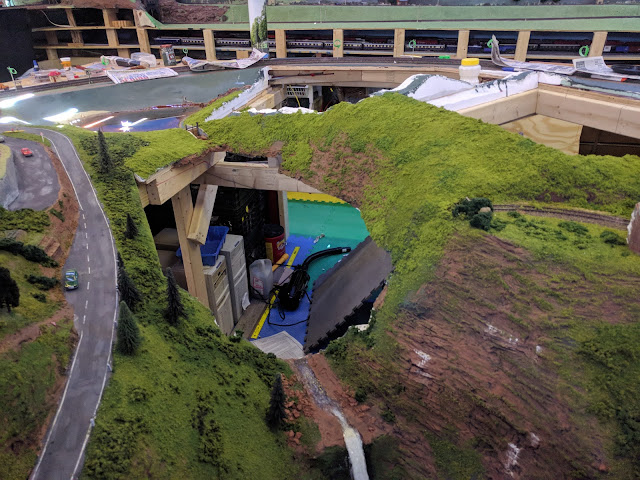 I could then fit the somewhat completed valley in from below and make a mock-up of the waterfall (using some toilet paper). 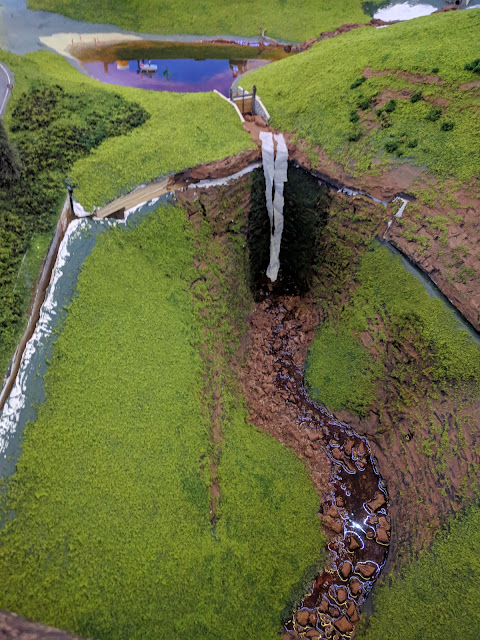 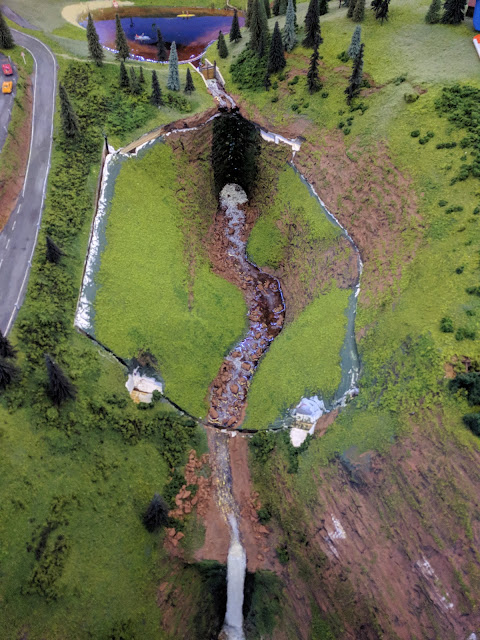 When I was happy with the overall feel, I covered all the gaps with plaster. 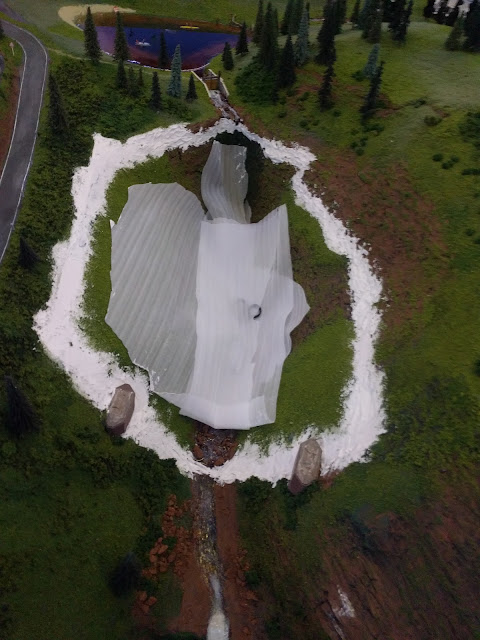 Painted and added grass and other vegetation 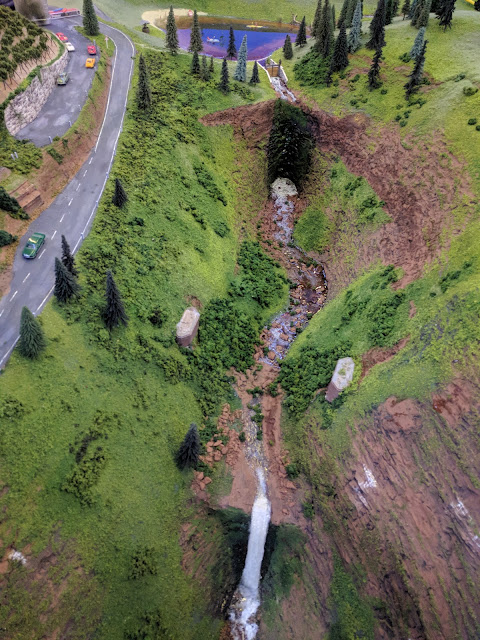 and added seeping water behind where the waterfall would be 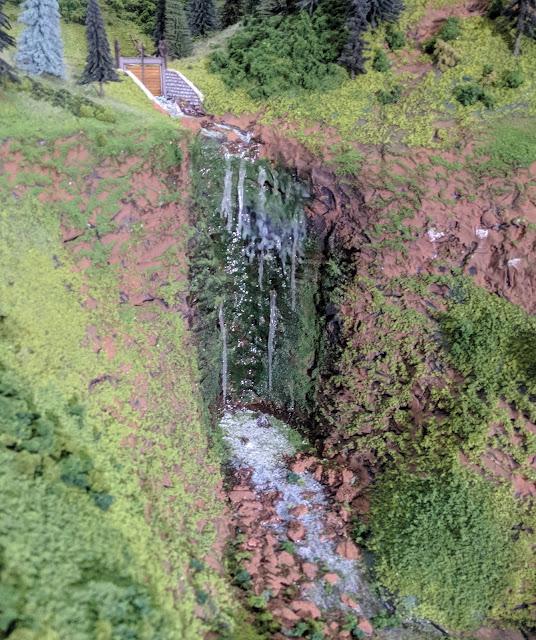 and finally the waterfall! 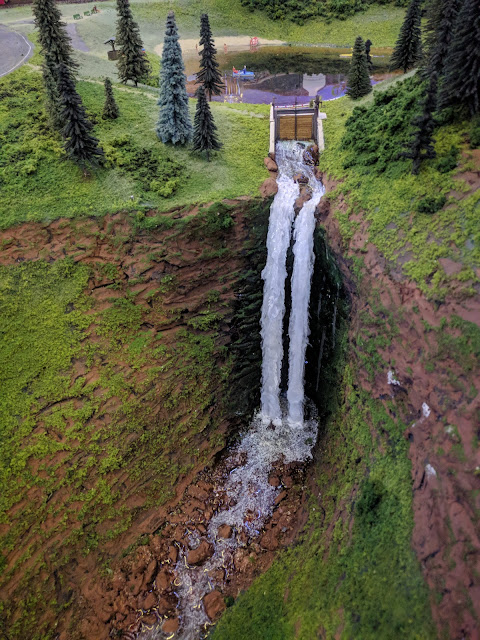