For many years I have used a tip I read online about disabling the electrical switch mechanism in the Märklin K-track turnout motors. As I made the modifications to my last few motors I decided to show what I do and took some pictures of the steps.

Note that over the years the shape of the Märklin 7549 turnout motors have changed. This post applies to the older version which can still often be found at train fairs and the second hand market.

The turnout motor comprises two solenoids that pull the mechanism in either direction. The design includes an electrical cut-out to prevent the coils from remaining energized after fully actuating. This prevents the coils from overheating and melting the plastic thus allowing the motor to survive being switched with continuous current. Unfortunately the physical switch adds a tiny amount of load to the mechanism and this sometimes causes the motor to not fully switch. Since I switch all my turnouts with a pulse (and my software is stable enough to not forget to switch the current off after each pulse) I remove the physical switch to reduce the possibility of needing to pull the motor out of the layout due to failure.

In addition to removing the switch, I also lubricate the mechanism with graphite powder.

The plastic cap of the switch motor simply pops off revealing the two coils and the mechanism that slides up and down.

The yellow wire provides power and the two blue wires complete the circuit when grounded. Two copper leaves isolate the 'yellow' power from the ' blue' ground depending on the motor position. This means that when the mechanism has been pulled to the right, the right hand coil is switched off and vice versa.

It is sad that one needs to explicitly say this, but modifying a switch motor may result in its destruction. The modification described here is not reversible. It is a permanent modification. I am not responsible for anything that may result from anyone attempting to follow what I describe here. That includes damage to any switch motors, tools, trains, power systems, bodily injuries and psychological effects, loss of warranty, or any other nonsensical claims against me.
The first step is to pull up one of the copper leaves. I push the mechanism to the left and then pull out the right hand leaf. I use some tweezers to grab it and pull it out from underneath the plastic slider. 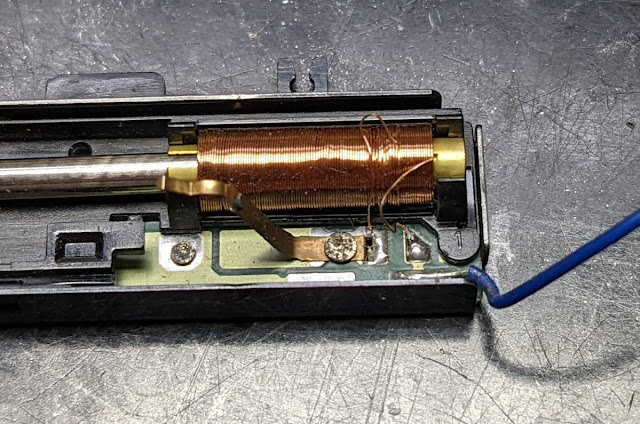 Once it is pulled up past the plastic slider, I fold it back and forth to cause it to break off at the circuit board due to metal fatigue. 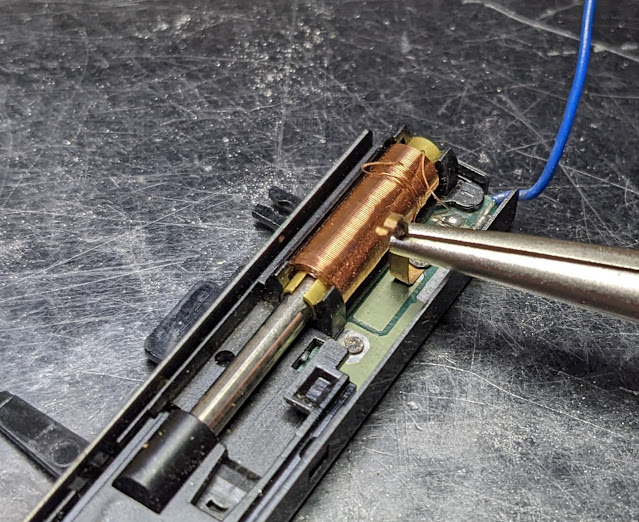 Three or four motions left and right are normally enough to break it off. 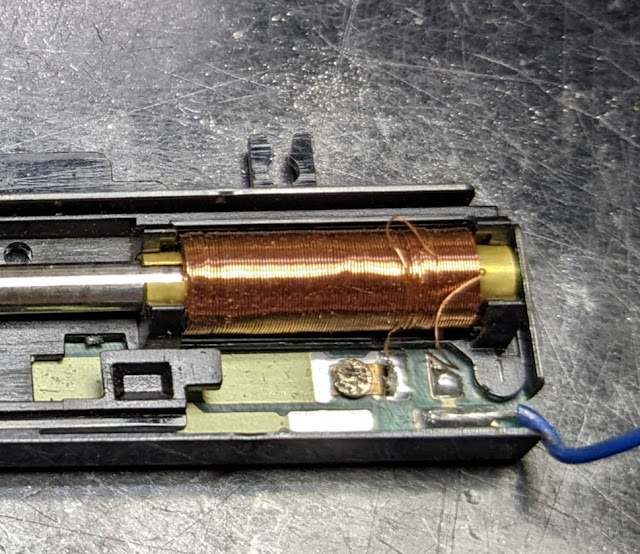 I repeat all that on the other side too.

Now, since I have removed the switches, current from the yellow wire can never reach either coil. So I have to bridge the connection on the left and right.

Fortunately there are solder pads I can use! I bridge the two pads marked A and B where the red line is in this photograph: 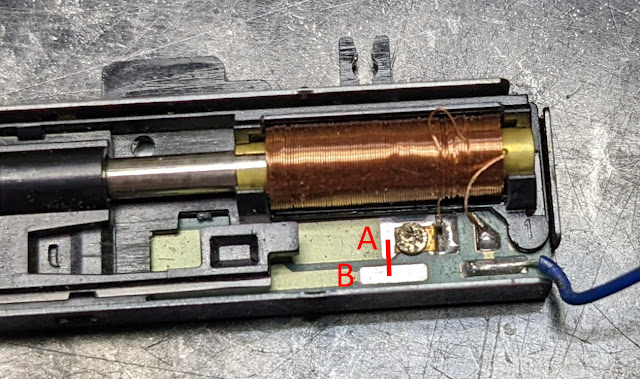 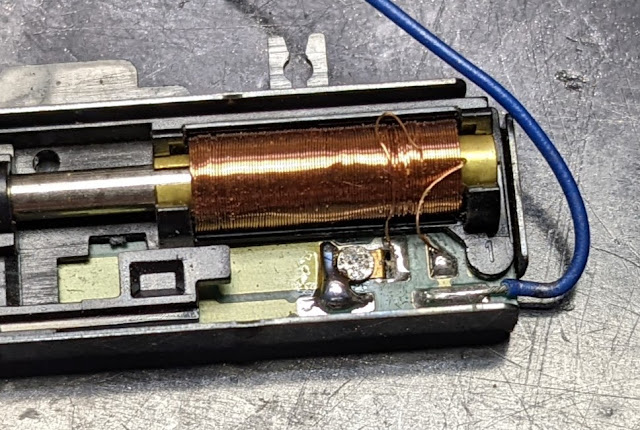 I do the same on the left, making sure that the yellow wire remains connected. 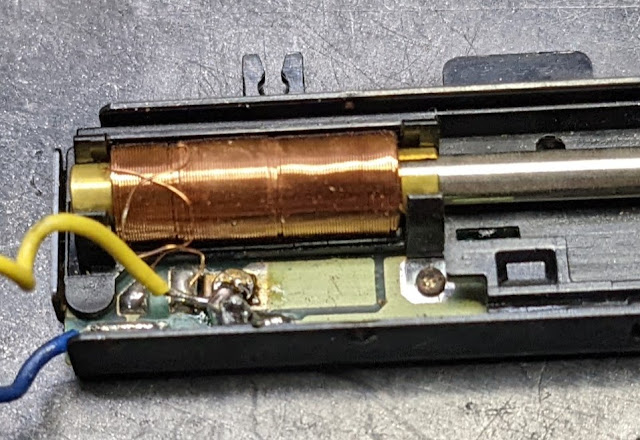 If I find that I end up with a big blob of solder bridging the pads, I check that it does not foul the end of the moving mechanism. If it does, I simply snip off the end of the plastic as can be seen above.

At this stage it is prudent to test that the motor actuates in both directions. I hold the bare end of the yellow wire onto a yellow wire from a 16V AC transformer and then alternately ground (brown) each of the blue wires for just a moment. As each blue wire is grounded it should snap the mechanism left or right.

Lubrication of the mechanism

These switch motors are not expected to be lubricated, but I lubricate mine using graphite powder.
I dip a small screwdriver into the powder and tap it where the plastic mechanism slides against other parts.

I also try to get some into the area where the tongue actuator moves in and out of the motor.. 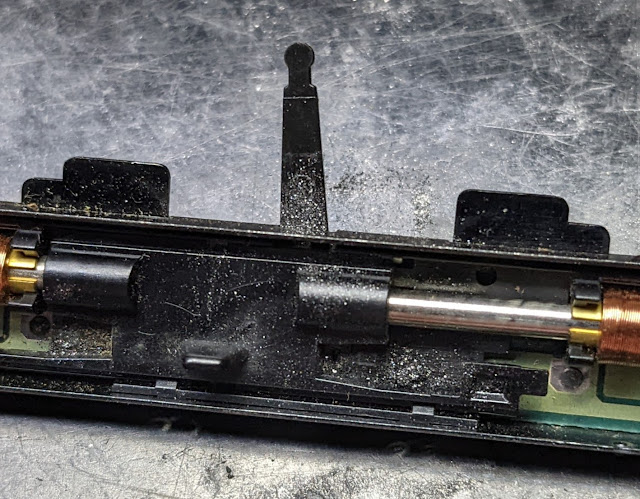 I then move the mechanism up and down a bunch of times to get the powder in place. One can feel how easy the movement becomes.