Please stay isolated. Things won't get back to normal until we have beaten the virus and the only way to do that, is to prevent it from spreading.

I have now completed the track laying in the lower section of the layout expansion. 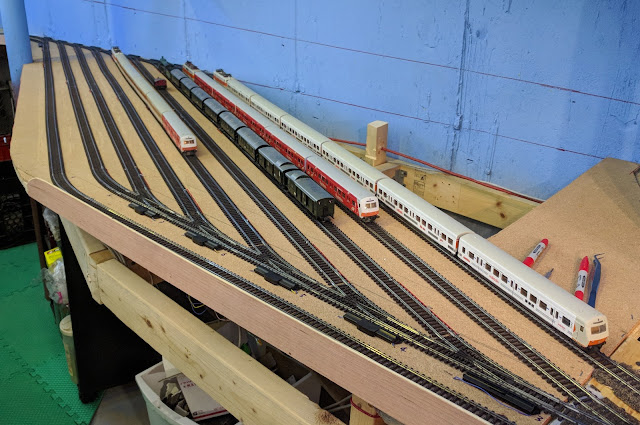 
(The purpose of expansion area was to store shortish trains, as I have 8 long storage tracks in my existing hidden station.)

Once the trains have passed through the fiddle yard (or bypassed it) they climb at 2% up towards the turning loop area: 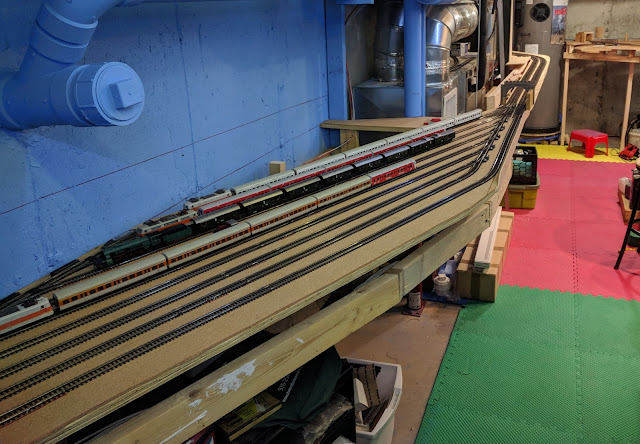 Two tracks come out of the lower level, and on the way to the turning loop they run parallel to the two tracks that will go to the upper section. This area will have scenery, and I have mounted the plywood for the backdrop. 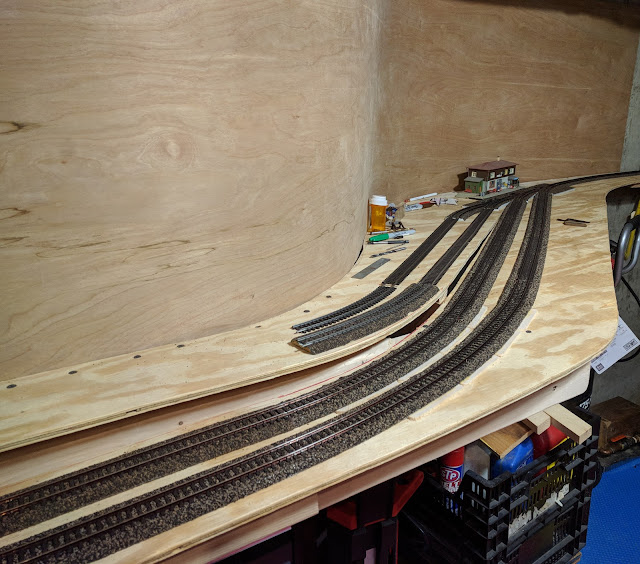 All four tracks then come together to pass behind our water heater where they travel along a curved section with safety barriers. 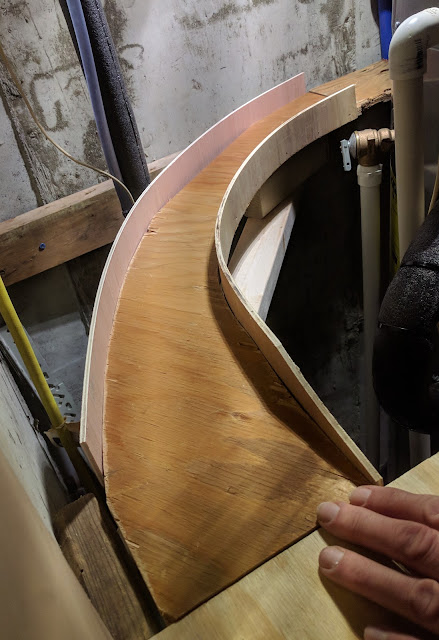 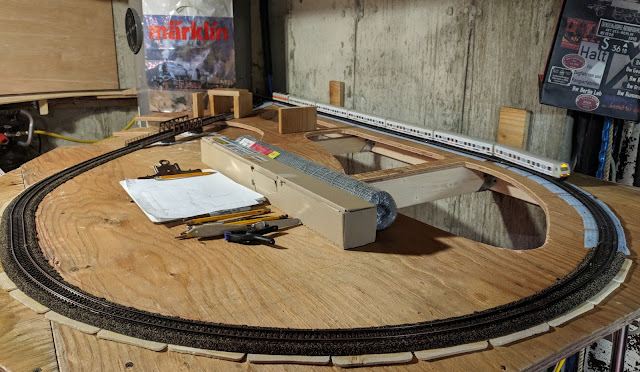 The turning loop, can hold two trains (261cm and 251cm) or a single 5.12m train The practical limit for trains running through the extension is therefore 5.12m.

The turning loop area is horizontal so I added a bit of a valley and bridge to add some interest: 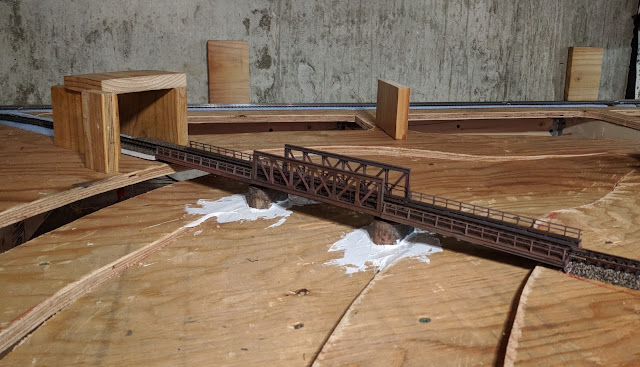 The rear track against the wall will be covered by a mountain so that one does not see a train track doing a 180° turn. The rear track will be accessible from below via the holes in the plywood.

A backdrop is also planned to go behind the mountain and wrap around to hide part of the water heater.


Here is the schematic on my control screen of the lower section and the turning loop. The upper fiddle yard (still to be built) is on the left.