My storage expansion is progressing with the upper layer now in place. Upper layer tracks have not  yet been laid (other than some temporary testing) but I have now added the backdrops.

Some years ago I bought some BUSCH backdrops on eBay cheaply. When I decided to add the expansion I realized I could use some of the backdrops to add some depth to the area which is visible from the main station.

At one end I needed to transition from the Faller Obersdorf backdrop, and also pass in front of the electrical breaker box for the house. I had kept the unused piece so it was a no brainer to simply continue with the same product. I glued it directly to the breaker box. I have also constructed a small piece that can be removed in order to open the door of the breaker box. Here you can see the door half open: 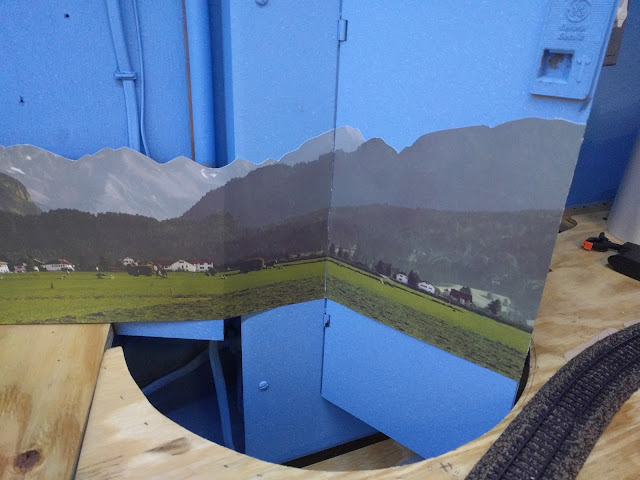 The door closed and the removable section in place: 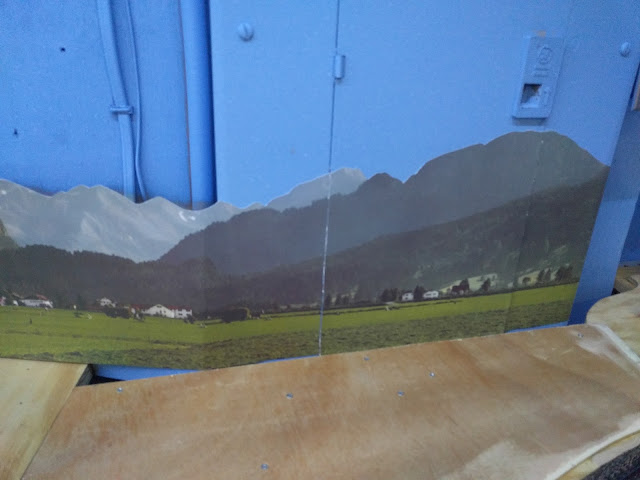 Beyond the breaker box, I have mounted all the backdrops on 1/4" plywood. Some of these pieces needed to be bent into curves so I scored the back with a circular saw. I then attached doubled sided tape to hold them to the concrete wall (previously painted blue).

Onto this curved plywood, I attached BUSCH item 2871 which depicts some distant snow covered mountains.

When I unrolled the next backdrop, I found to my surprise that the content did not match the box (BUSCH 2873), and in fact suited my needs much better - it was in fact BUSCH item 2874 depicting a factory and some multistory urban buildings which would be more suitable for a railyard than the bucolic countryside depicted on the box.

The views from the main station look promising 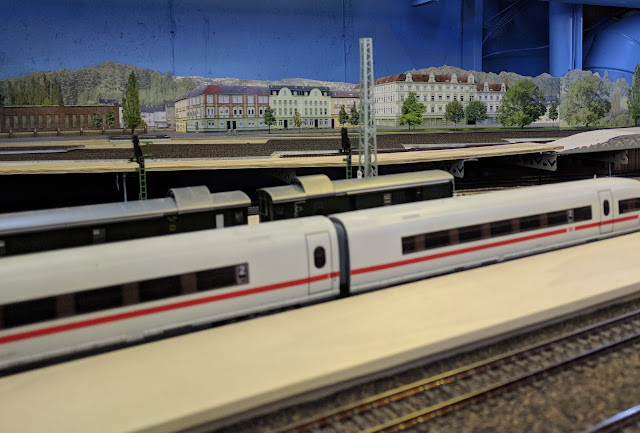 An overview of the area... 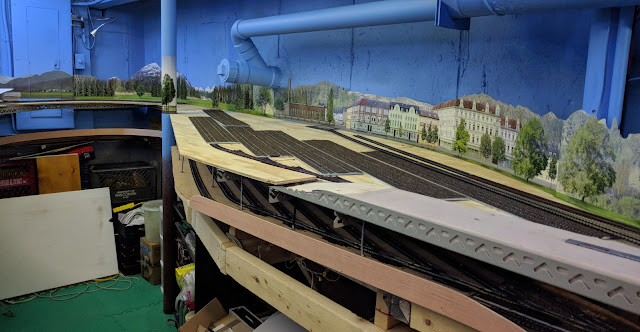